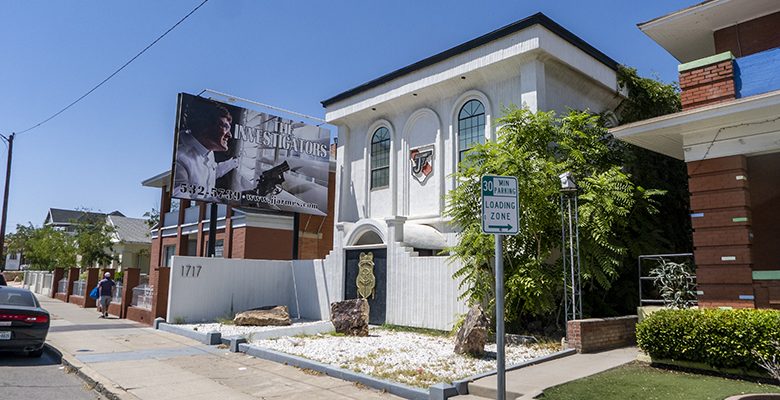 The Investigators were said to be one of the best firms in the world, and founder and lead detective Jay J. Armes gave a unique promise when taking on any case: He 100 percent guaranteed results.

One of The Investigators’ most famous cases was the recovery of Marlon Brando’s son Christian from a rural encampment in Mexico where he’d been taken by friends of his mother in 1972. Armes had also tracked down missing show dogs and recovered invaluable jewels in Italy by wooing the young socialite who’d stolen them. At the height of The Investigators’ success, Armes said they’d employed a network of spies and on-call agents around the world that helped the firm with their work.

Armes readily plays up his standing in this crime-fighting tradition; his flair for self-promotion earned him minor celebrity as a larger-than-life crime fighter in the 1970s. He appeared on TV shows and in countless articles, and his autobiography was published by MacMillan in 1976. There was a Jay J. Armes action figure complete with hook hands that could be exchanged for other crime-fighting gadgets. Armes is an irascible hard worker and very confident in his own judgment, but he has also been accused of getting lost in his own celebrity and inflating the magnitude and danger of his work. But he has always maintained that he is the real deal, and if you don’t like his methods, you are free to kiss his 100 percent guaranteed results goodbye.

Read the whole thing at Narratively.com.