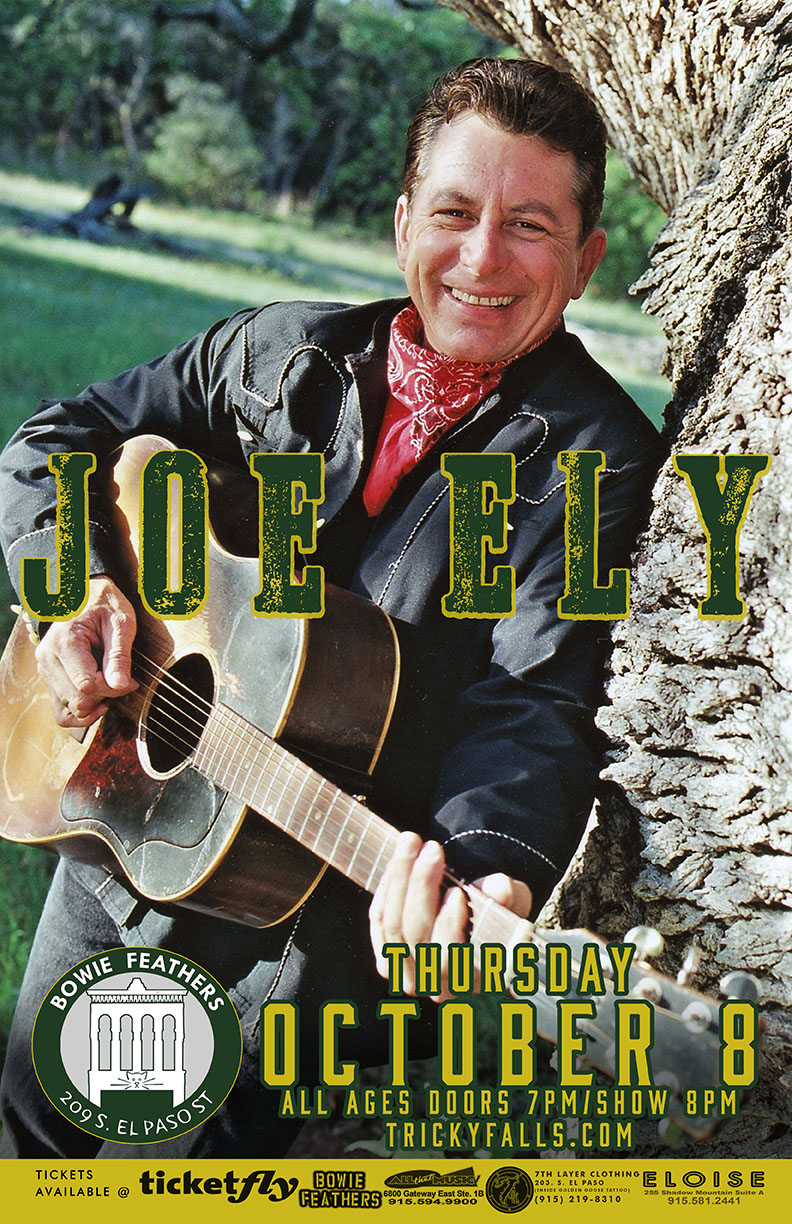 Once upon a life I ran a little dive bar on the lower west side. Wildhare’s was as close as I could make it to a roadhouse, and we would provide succor to itinerant musicians as they traveled I-10.

One day Davis McLarty called me up and said that some friends of his were having their wedding anniversary party in El Paso, and were looking for a place to gig.

His friends were Terry Allen and his wife Jo Harvey. The guest list was a who’s who of the best and brightest stars in Lubbock’s musical firmament, including Butch Hancock, Lloyd Maines, and Will and Charlie Sexton. Also Dave Alvin and Tom Russell and a whole lot of other people you’re not hip enough to know about.

They also drug along with them some other notable talent, including Cormac McCarthy and James Drake.

If a bomb had gone off in Wildhare’s that night, it probably would have set Western civilization back about fifty years. Or, given the retro nature of all these people’s talents, maybe forward.

Joe Ely showed up in a custom-fitted, spangled mariachi outfit, with silver conchas running down the pants leg, and a charro hat.

You missed that show. Don’t miss this one.