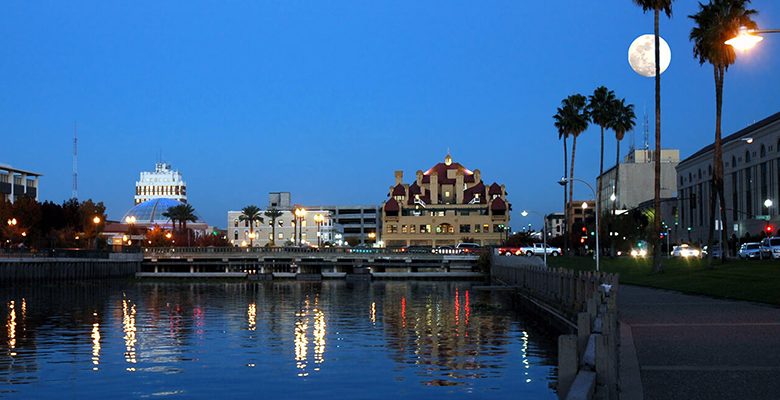 Here’s a familiar tune. Only some of the words have changed, and our numbers are bigger.

Daniel Berger, a senior market analyst at Municipal Market Data, a unit of Thomson Reuters, said last week, before the bankruptcy filing, that the municipal bond market had viewed Stockton’s fiscal problems as “a slow-moving train wreck.” The possible bankruptcy filing, he said at the time, was seen as an “isolated occurrence.”

As the 2000s advanced, Stockton continued to spend freely with the support of voters, politicians from both parties, employees and bondholders. Rating agencies were quiet about any risks and only started to downgrade the city’s creditworthiness two years ago.

City officials, looking to transform their sleepy downtown, approved spending on large projects to raise Stockton’s profile and turn it into a bedroom community for San Francisco and the Bay Area.

There are a few other parallels, like a money losing arena, and big dreams. And some differences.

Check out the whole 2012 story for the rest of the dope.