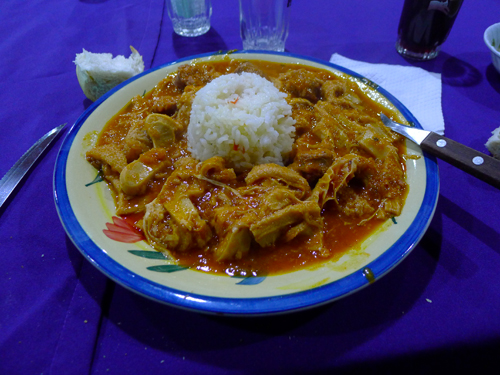 I got invited to a futbol club social gathering the other night.  Dinner was involved.  Chilenos eat late.

Oh good, my host Bernardo told me.  Guatitos.  Do you like guatitos?

Do you want to see them, he asked.

He led me into the kitchen and pointed to the pot.

It was tripe, in tomato sauce, with nuggets of Spanish-style chorizo.

The guatitas weren’t spicy, and there were no posole, and it was served with rice.  And bread, a la Mexicana.  I ate all of it.

Here’s a recipe for Guatitas a la Madrileña.