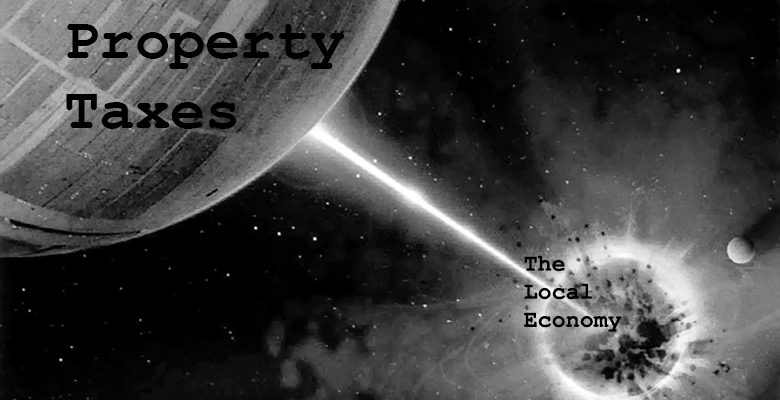 This article originally appeared on 8 February 2017.

Here’s a feel-good story from the El Paso Times about how few homes in El Paso have mortgages.

Thousands of El Paso County homeowners don’t have mortgages on their homes, which means they pay their own property taxes and also likely have more spendable income — which might provide a boost for area retailers, an expert said.

Yeah, a boost for area retailers.

Except what? People get mortgages when they move into a new (for them) house. The sinister fact behind our low rate of mortgages is that people aren’t moving to El Paso. In fact, people are leaving El Paso.

According to data compiled by UTEP’s Border Region Modeling Project, since 2012, El Paso has lost 19,905 residents through net migration.

A complacent media unwilling to examine the facts, which allows our politicians to ignore the shortcomings of their policy agenda.

So who suffers? Local homeowners who paid off their houses years ago but still get hit with a property tax bill that looks a lot like rent. Small business owners who have to compete with subsidized competition. People who moved to El Paso years ago, attracted by its local charm, only to see the authenticity squeezed out by national cookie-cutter chain stores that move their profits out of town.

Those real estate speculators painted a rosy future, where El Paso would compete with Oklahoma City and San Diego, but instead we’re going to end up looking like Killeen and Fort Stockton.

Everyone makes mistakes, but in the face of overwhelming evidence, our local politicians won’t even admit they might have been wrong. They can’t. They’re in too deep. So, for the sake of their egos, they’re going to drag us down in the deep end.

Forget the arena. It’s an $180 million bauble we don’t need. The fat cats who’ve already invested in it can afford to take the hit. El Pasoans can’t.