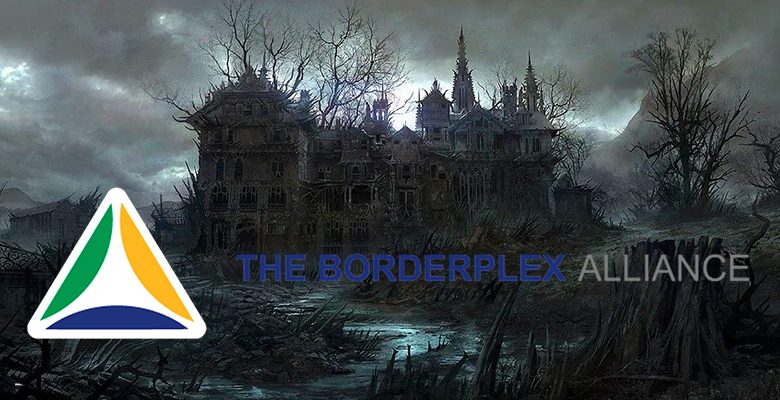 Y’all remember the Paso del Norte Group. Back in the aughts, they were going to launch El Paso’s renaissance. They partnered with City Government to spearhead the city’s economic development.

Maybe the PDNG were just a bunch of nice guys, operating on the philosophy that a rising tide lifts all boats. Right?

I’ve got another theory of their motivations.

The PDNG, and now, the Borderplex Alliance, put a fence around economic development. They’ve partnered with the City of El Paso to make sure no outsiders move onto their territory. As a result, for economic development, we get Destination Retail. TopGolf. Great Wolf. Shopping malls.

Maybe you want to get on board. According to their website, if you “invest” a quarter of a million dollars with the Borderplex Alliance, you get one Executive Committee position, one seat on the Board of Directors, and eight Committee or Task Force Appointees. For $100k, you get one position on the Exec Committee, a Board seat, and six Appointees. For lesser monies you get fewer positions.

Pretty mercenary, right? Even though the Bordplex Alliance is a non-profit, a 501(c)6, they don’t call it a charitable donation. They call it an investment.

For a big chunk of change, you get to put your hands on the wheel of the City of El Paso’s Economic Development truck.

Do you suppose our Captains of Industry are going to shell out the big bucks out of altruism? Out of love for the taxpayers?

They don’t spend any money for the public good unless they can burnish their image with a building they can put their name on.

You might expect this swindle to be exposed by our local media, but the PDNG anticipated that. They first thing did was to co-opt the newspapers. Any critical viewpoints from them are only incidental, or expressed in Letters to the Editor.

El Paso doesn’t live an a system of free market capitalism. We live a controlled economy that would make Stalin proud.

(You better check out all those links quick, because I’ve got a feeling their going to disappear.)