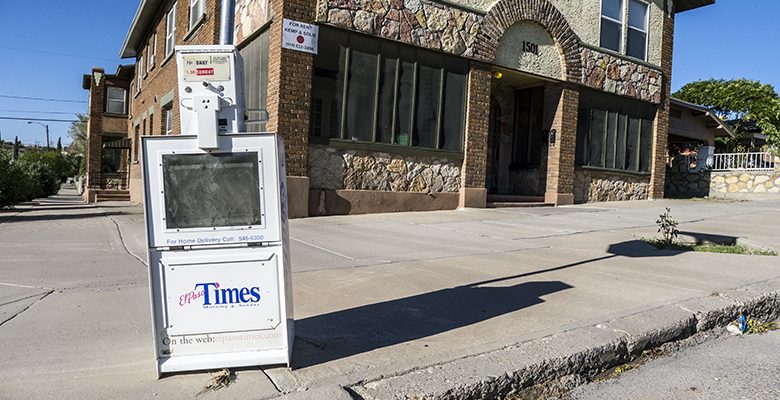 The El Paso Times finally got around to covering the lawsuit over the arena this weekend. The story came out on a Saturday, which is where the Times puts stories that it doesn’t want people to notice. People are too busy changing their oil, or re-primering their Jeep, to read the paper on Saturdays.

Unfortunately, despite what I can only assume are their best efforts, the Times still blew it.

The city is seeking a court hearing to validate its stance that the controversial multipurpose arena can be built in Union Plaza in Downtown El Paso, according to documents filed this week in Austin.

The filing is in response to a threat of a lawsuit by opponents of the arena’s proposed location in the Duranguito area of Union Plaza. Opponents claim that the city’s plans are not what voters approved in the quality of life bond election in 2012.

I believe that this is the first mention of a threat of a lawsuit in the El Paso Times. But even then they don’t get the arguments right.

The dispute stems from the language on the ballot that called for a “multi-purpose performing arts and entertainment facility” that did not mention a Downtown location.

My understanding is that the suit is about the City’s bait-and-switch tactics. The City had us vote on a “Multi-Purpose Performing Arts and Entertainment Facility” but when they put out their RFQ, they asked for an arena.

Sure, I guess you could cram D-League basketball into “entertainment.” But if we were voting on an arena, why not call it an arena?

I find it disturbing that every time the City opens its mouth, it lies to us. This isn’t the first time or even the fifth time. But I guess, with that major media in their pocket, they don’t have to worry about being called out for their lies and obfuscations.

Here’s what the Inc. reported about the lawsuit.

[Arena opponents’ attorney Frank] Ainsa advised the city that his clients’ suit would challenge not just the arena site but the arena project itself because neither the ordinance calling the election nor the ballot referred to it as the sports facility the city planned.

I know that the El Paso Times got to the story late. Like they say, both Mr. Ainsa and City Attorney Sylvia Borunda-Firth were out of town on Thursday. But they mention that the City received notice of a lawsuit in an April 17 letter, and then link to a story that come out February 7, that doesn’t mention the lawsuit. I guess they’re banking on their readers not clicking the links.

Maybe they should have linked to some of the stories in El Chuqueño.