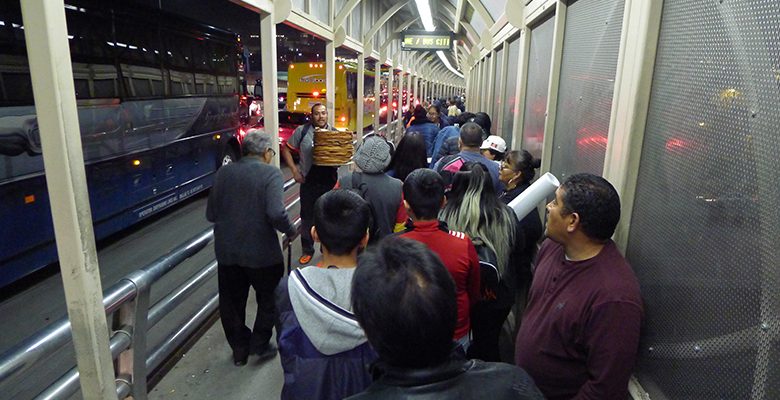 This just in, from CNN:

The Department of Homeland Security wants to be able to use facial-recognition technology to identify all people entering and leaving the United States — including US citizens.

In a recent filing, the DHS proposed changing existing regulations “to provide that all travelers, including US citizens, may be required to be photographed upon entry and/or departure” from the United States, such as at airports.

Michael Hardin, director of exit/entry policy and planning at the DHS, told CNN Business that the rule is in the “final stages of clearance.” But because it hasn’t yet been published it won’t go into effect until after a period of public comment, he said.

Well, it’s not just airports. They rolled out the cameras at our local Ports of Entry about a month ago. And the cameras have gummed up the works. What used to be a twenty minute wait now takes an hour.

Some people have reported a two hour wait to cross back into the United States at the Paso del Norte (Santa Fe/South El Paso Street) bridge. Walking.

Currently, U.S. citizens can “opt out” of having their picture taken, but, according to this article, if the DHS has its way, soon, no one will be exempt.