There are lots of things happening downtown. Unfortunately, there aren’t a lot of people.

Maybe the people are coming soon, like these Franklin Avenue Apartments. The developer, Renard Johnson, said he hoped to break ground on the project in August, according to this story in El Paso Inc. Maybe next August. 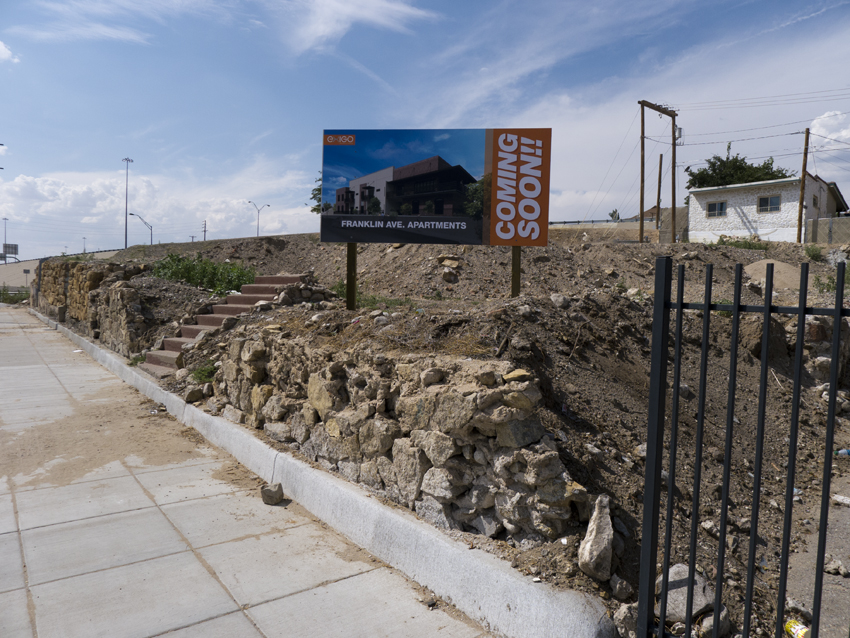 The bike racks are installed at Union Plaza. Guess it’s better than a DWI. 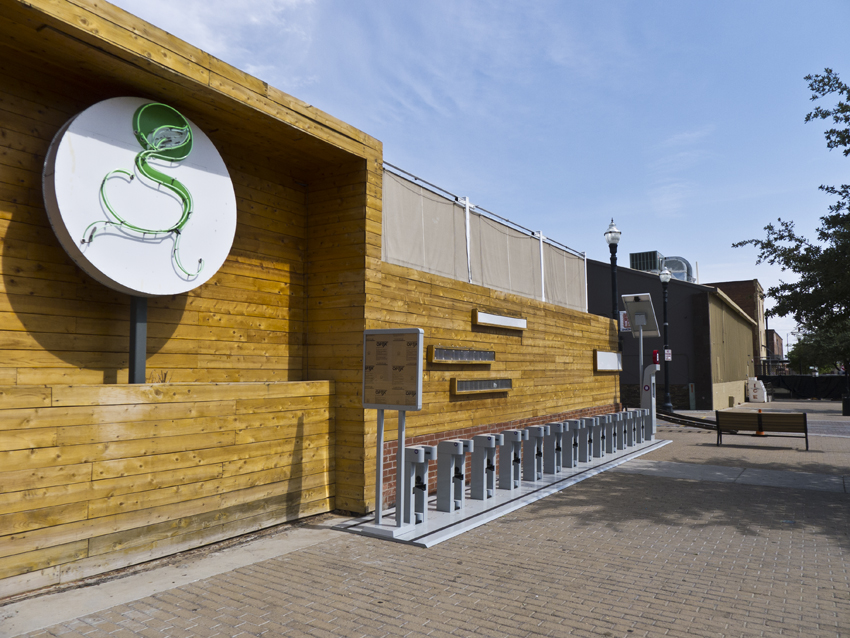 There’s a new walkway linking the Civic Center, and the ballpark, to the Union Plaza nightclub district. 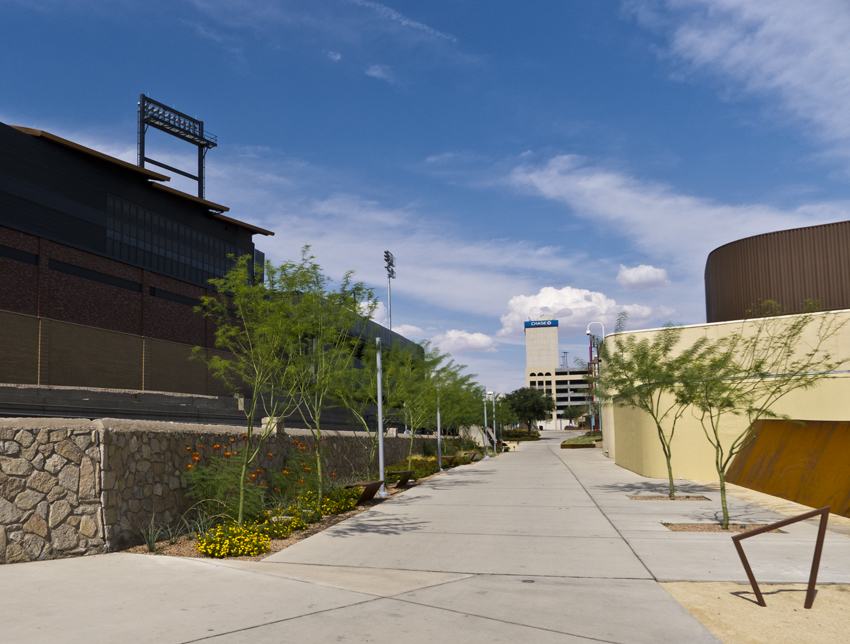 Unfortunately, the two bars closest to the walkway are for lease. Or maybe that’s an opportunity! 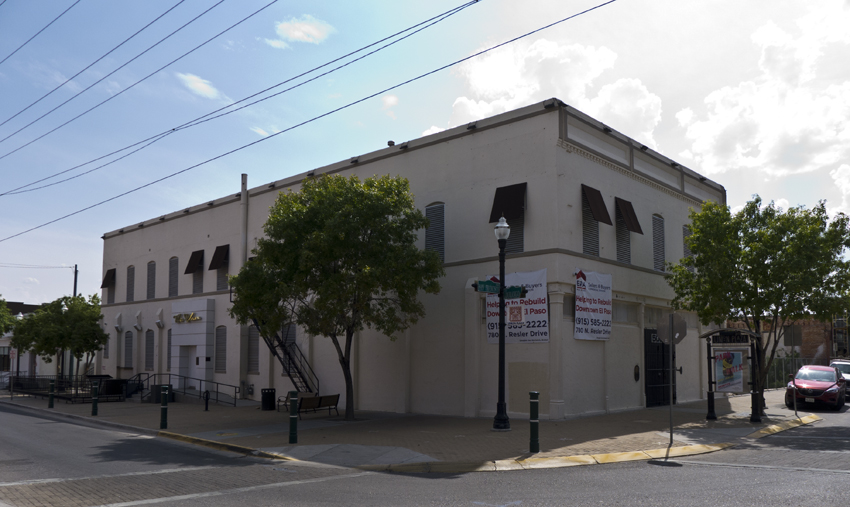 Until El Paso can afford real buskers, these will have to do. 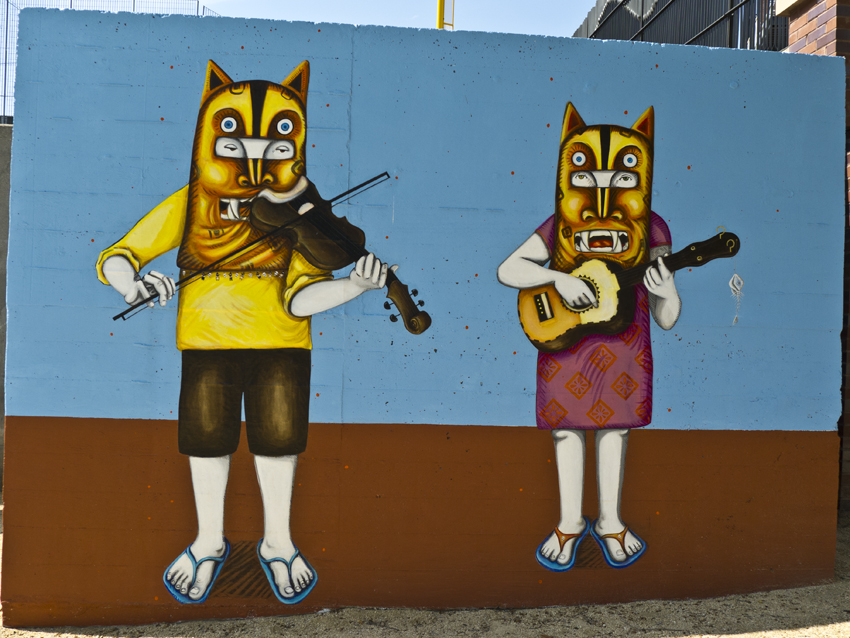 Downtown is kind of like one of those post-apocalypse movies where everyone’s dead. Or like a neutron bomb exploded. If you’re agoraphobic, it’s a nice place to be. 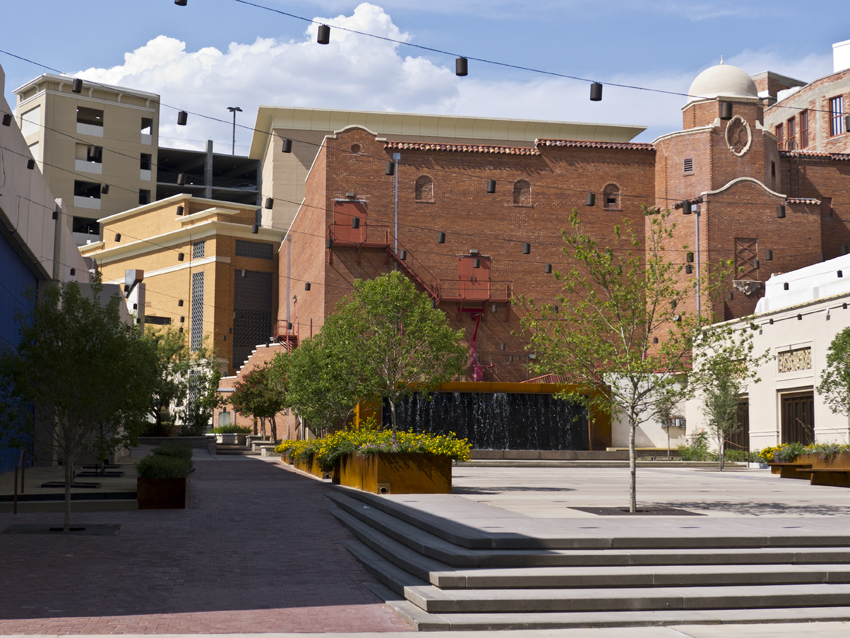 This is the back (and inside) of another historic building the Borderplex Community Trust REIT is tearing down for no apparent reason. Is it just to save money on property taxes? 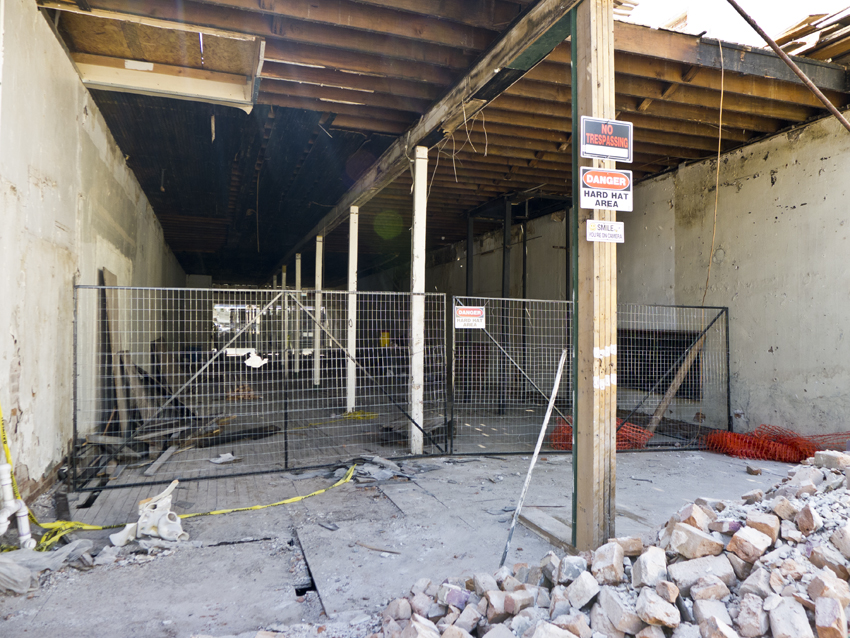 They’re punching holes in the walls of this building to make windows for the new Savoy Loft Apartments. Rents here will run from $560 to $950 a month, according to this story in the El Paso Inc. 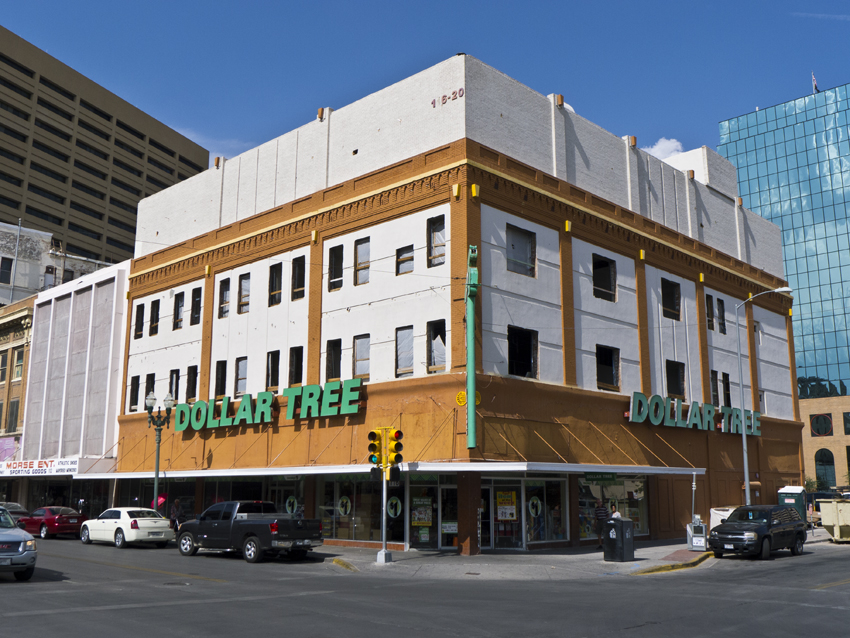 Work is proceeding on these two buildings on Stanton Street. The one on the right is apartments, and the one on the left is a boutique hotel. 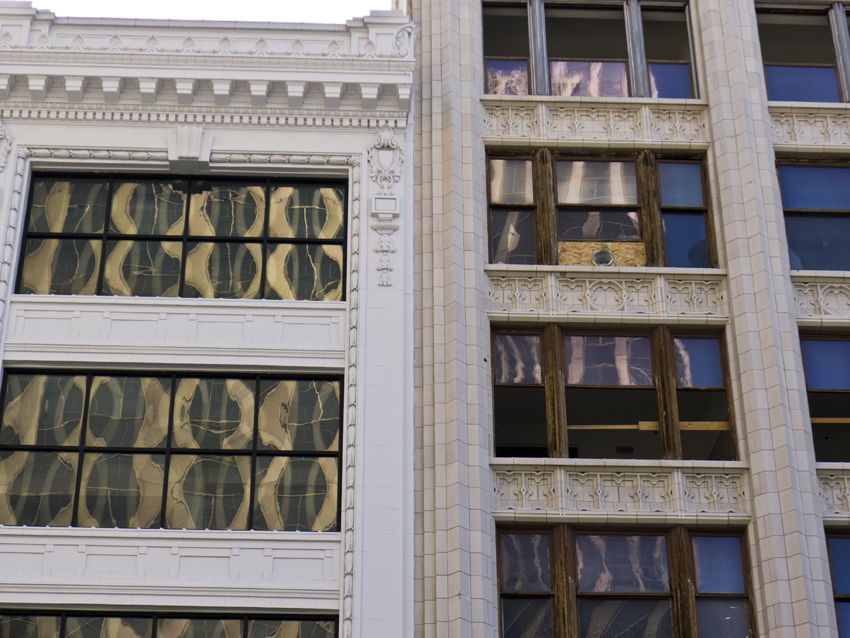 And this is the boutique hotel that they’re converting from the old Artisan Hotel. Presumably the hotel will have indoor plumbing, and not the port-a-potty shown. 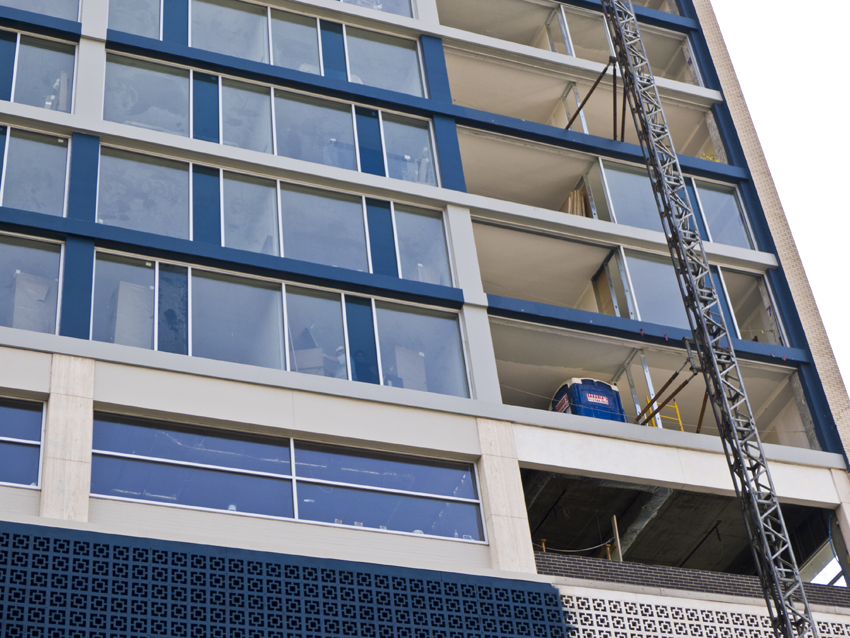 Another bonus for that new hotel is that it’s right next door to this new restaurant. Didn’t I tell you to meet me at the Pho King Restaurant? 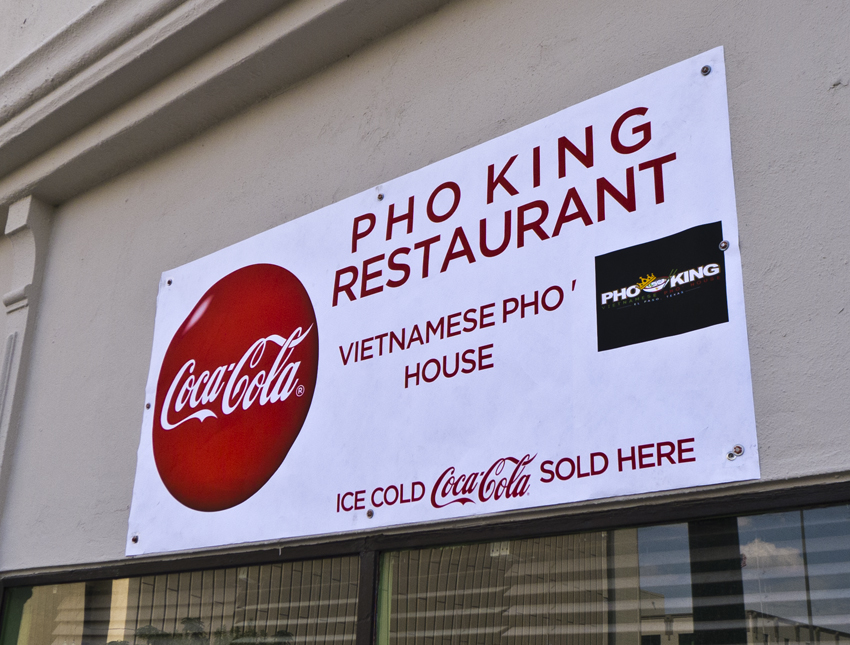 The question then is, If you build it, will they come?