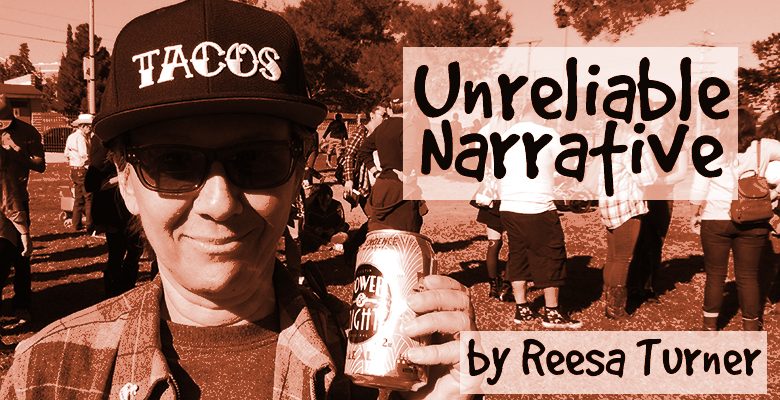 Integrative medicine is a big thing these days…exercise, deep breathing, yoga, acupuncture, art workshops. Aiming to calm the mind and reduce stress, many studies are ongoing and providing insight into quicker recovery times when integrative therapies are implemented. While going through 6 weeks of radiation at MD Anderson I was enrolled in one of these studies. Stretching and calming exercise was a part of this program. It also involved guided imagery to help turn off the scary thoughts racing through my core. My eyes closed, the counselor guided me through calming scenes of my choosing, describing the rain and smell of creosote, walking me through into serenity, and creating a vision of traipsing along through those surroundings. Her voice created a safe cocoon. I was hooked, it took me back…way back.

My mama read to me only until I was able to read on my own at age 4. By first grade, I had become a victim of child labor, as an impromptu teaching assistant, helping the other kids to catch up. In second grade at La Loma, Mrs. Gore was reading aloud “Little House in the Big Woods”…. Synaptic triggers put a tractor beam on that voice and lulled my tender 7 year old psyche into near delirium. Hearing those chapters in softly spoken words threw a wallop of unequaled proportion upon me. I could never get enough of an oral reader’s lilt… Groucho eyebrows twitching with approval. I tried to replicate that feeling by reading aloud to myself, but my immature brain couldn’t figure out why it never worked.

Decades later, as I toiled in a huge printing factory with pneumatic machines hissing, thumping and clanking…what divine calmness that brought on…bass-lines and song lyrics popped through that funky industrial din. It almost made up for the faint-inducing heat of the dryers, and the comino-tinged stench of the workforce. I wrote terrible industrial songs about plastisol, screen release, and the buff-ness of my arms from gripping squeegees and pulling, pushing, pulling, pushing ink. The cadence, though often jarring, still managed to ambush me into a frenetic calmness.

My autistic brother has a habit of smoothing fabric, so the sheen is uniform. It’s a barely perceptible sound and motion that mesmerizes. His hand caresses the armchair without ever achieving apex of a perfectly even color tone. When he stops, I sit in anticipation of him beginning that inevitable, methodical stroking of microfibers once again. Muscles of memory practically begging…. Please. don’t. stop.

So, those bi-weekly exercises I learned at MDA were to be continued daily at home (aka the 2-star La Quinta Inn, Greenway Plaza) but without benefit of the aural guide. Now dependent on my mind’s eye to create calm, umm…meditation…oops…yeah, no. I can’t focus on my own thoughts for 10 seconds much less 10 minutes. Creating something soothing to shut the “red devil” out? Might as well have asked me to ignore the tall bottles of St. Arnold’s Endeavor incessant whispering “drink me” from the tiny fridge. Brainstorming, I recalled how difficult it can be to “just rest my eyes” watching the PGA’s with David Feherty’s exotic murmur. Or, perhaps that smooth sound of bowling balls flying down wooden lanes and striking pins. I tried not to think of the germs teeming over all those Quinta Inn buttons as I flipped through way too damned many channels still finding no suitable soother to suckle at.

Relaxation now kicking at me, and not in a QiGong kinda way, I went ahead and did the sweeping Chinese postures recently learned, screwing up the sequence and harshing my Chi. Tranquility was proving a tiresome chore! Yet again, I’m forced to remove the 17 year old silky cotton shirt currently acting as a cheese grater… scraping over my chest-wide scar. I stared long in the mirror and refrained from bashing the face out of the glass. My eyes crossed, then closed, and when they opened…the image of Bob Ross in chemo-curls suddenly appeared. Yes, he of the soft talking, and bristling, staccato brush on canvas pops, chk-chk-chk-chk-chk-chk-chk-chk- chk, and that gritty scrape of knife on canvas.

I rushed to the laptop Youtube, et voilà! I sat with my back to the screen, breathing deeply, methodically, hearing Bob’s description of the scene he was creating. By golly, I saw the mighty mountains and the happy little clouds and made a game of trying to imagine what Bob’s painting was going to look like, based solely on his dialogue. Never mind the 10-15 minute mindful exercise, this was a joy I could embrace for the roughly 27 minutes of his creation. More often than not, I was pleasantly surprised to see the end results looked just as I had envisioned. Beyond personal experiences with guided imagery, it came as no surprise recently when NPR, Huffpost and other news agencies began advocating for Bob Ross videos during the election cycle to calm our asses down!

I can attest that for some of us, there’s a sweet respite in the simple techniques Mr. Ross gleaned from William Alexander. Deep breathing with meditation is something I strive for, well, not strive…since I pretty much avoid it , but I’d like to strive for it. Maybe. Then there’s Whisper therapy…yeah, I’ve learned that’s a thing, but that’s another story and I’ve taken enough of your time.