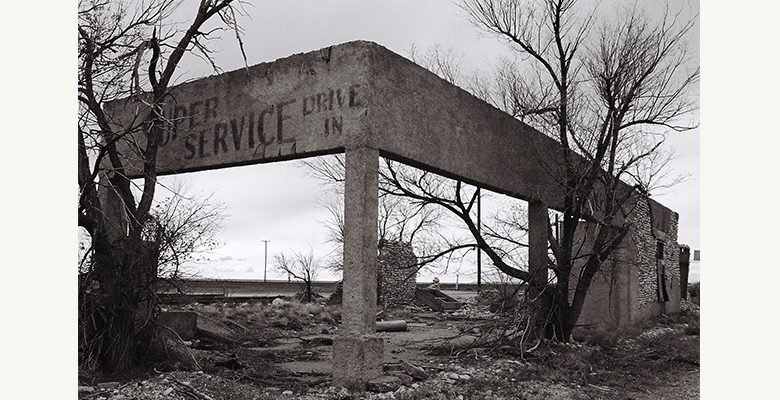 Life (and Death) by Railroad

Most of the ghost towns I visit have been written about by Philip Varney in his New Mexico’s Best Ghost Towns: A Practical Guide. The problem is that this guide was first published in 1981 and thus many of his photographs and descriptions date from the late 1970’s. When I go to check out one of these towns I usually find much less than he did. Well, what do I expect? We’re talking at least an additional three decades of exposure to elements both natural and manmade. One exception to this rule might be Chloride, currently pop. 11, which, after nearly disappearing totally, has been resurrected as a charming slice of history wwaaayy out in southwestern New Mexico. At some point I’ll do a post on Chloride. On the other end of the spectrum is Yeso, a ghost town which actually looks pretty similar to how it must have when Varney stopped by. Although Yeso is not entirely a ghost town; a few people do live there and a functioning post office sits right across the street from the abandoned one. 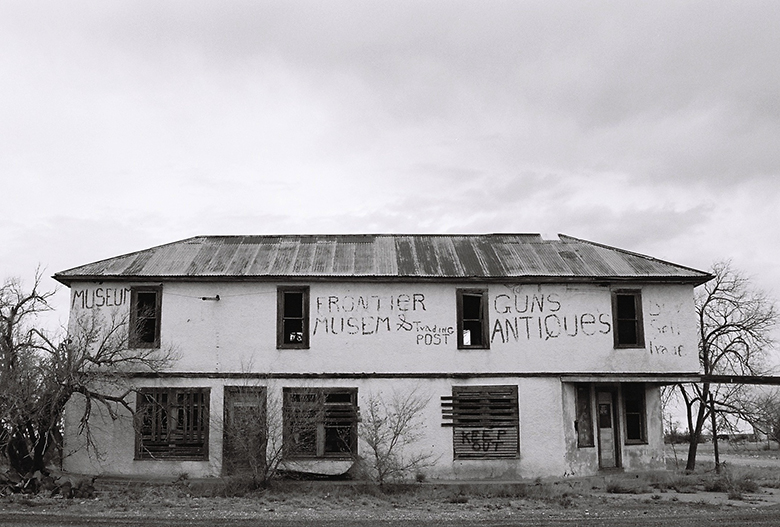 Yeso sprang up along Yeso Creek, but the water was not fit for consumption. Yeso translates as “gypsum” or “chalk” in Spanish and you can’t really drink a glass of dissolved gypsum without running into problems. But Yeso also had readily accessible groundwater which could be pumped for livestock and locomotive engines traveling the brand new Belen Cutoff. The cutoff re-routed trains through east-central New Mexico, away from the steep grades toward Colorado. One of the first frame train depots was built in Yeso, which was officially established in 1906, a year before completion of the Belen Cutoff.

The town did alright for awhile. A post office was constructed in 1909 and the Atchison, Topeka and Santa Fe (ATSF) railroad kept things going despite a lingering regional drought. Yeso quickly became a gathering place for the ranchers and handful of farmers in the area. Things got rough after WWII, when diesel locomotives were introduced and trains no longer had to stop in town to take on water. That was also about the time it finally became clear that the land around Yeso was really not very good for farming and might not be suited for much beyond grazing sheep. It had been an awfully dry few decades, too. 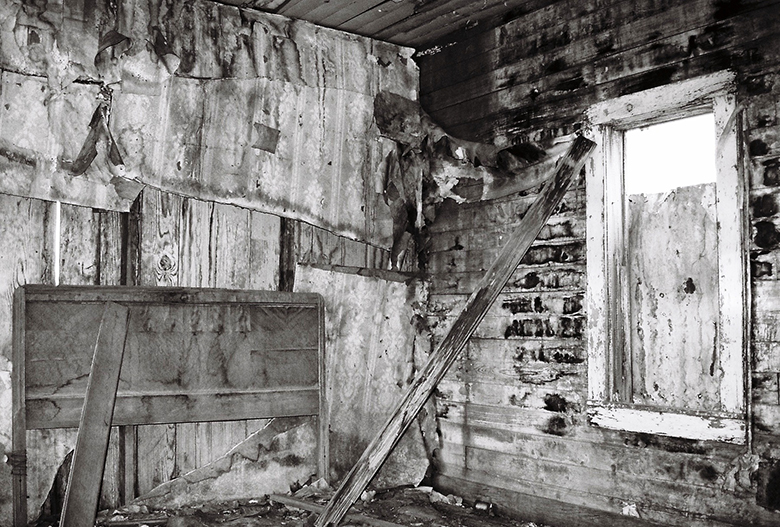 By the mid-1960’s, the school, which was built by the Works Progress Administration in 1940, closed as the last steam locomotives were retired. The old frame train depot now became one of the last of its kind to fold, shutting its doors for good in 1968. Most everyone packed up and moved to Fort Sumner, 22 miles to the east. Apparently four families opted to stay in Yeso and I have to wonder if their descendents occupy the few well-maintained homes abutting U.S. 60. Incidentally, Billy the Kid was killed in Fort Sumner and I’ll eventually do a post on that infamous town, as well. 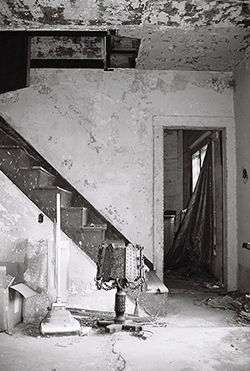 While much remains of Yeso, including the still-decaying remains of several houses–an entire abandoned neighborhood, more or less–and the Frontier “Musem” (once known as the Hotel Mesa, pictured at left), as well as the shell of the Super Service Drive In garage, there have been some casualties. What Varney describes as a possible gas station/garage/motel/residence complex on the east end of town has largely collapsed. This is unfortunate as he mentions that in the sidewalk in front of this structure was the date of construction, June 8, 1929, set in the cement in bottle caps. As far as I can tell, this bit of concrete is now buried under the collapsed walls of the large rock building. Too bad. Several other structures are also showing their years, so, if you’re going to visit, I still wouldn’t recommend waiting very long.

Finally (and oddly), the spelling of Yeso was changed to a misspelling–Yesso–between 1912 and 1913. Anyone know why? 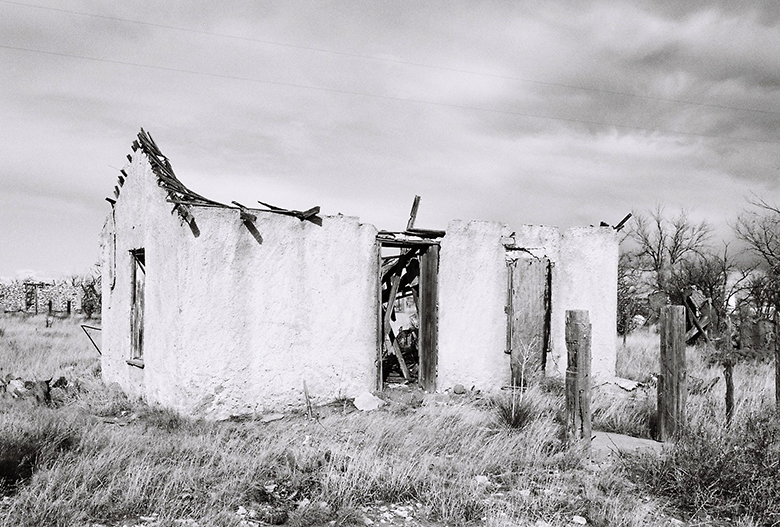 Info for this post came from Philip Varney (of course) and this little write-up on Ghosttowns.com. I also grabbed one fact from Dixie Boyle’s cool book on U.S. Highway 60.