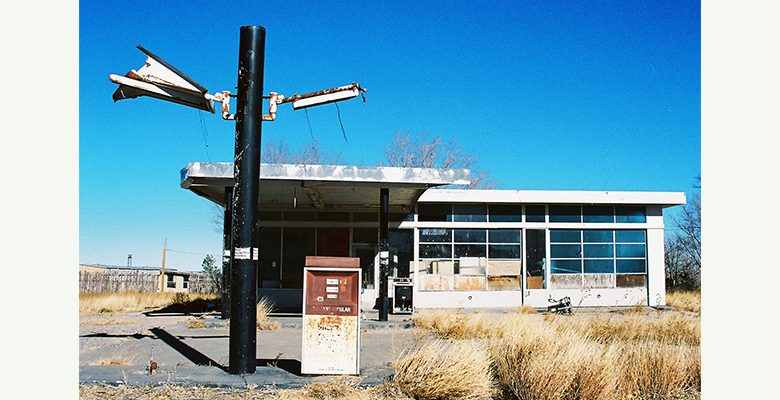 Back around 2013, Vaughn, New Mexico was probably best known for its police 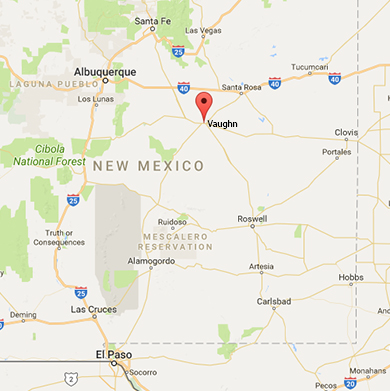 force, which consisted of a single drug-sniffing dog named Nikka. The year prior there’d been a police chief, but he owed tens of thousands of dollars in child support and was accused of selling one of the town’s rifles and keeping the proceeds. A second officer later pleaded guilty to assault and battery, but he was never officially certified anyway. That left Nikka and the Guadalupe County Sheriff’s Department to keep the peace in Vaughn, which, despite sometimes being considered a stopover for drug smugglers, probably wasn’t all that difficult. But while Vaughn has a police force again, as well as a population of over 400, it was once much more bustling than it is today.

In fact, Vaughn used to rattle and clack quite a bit. 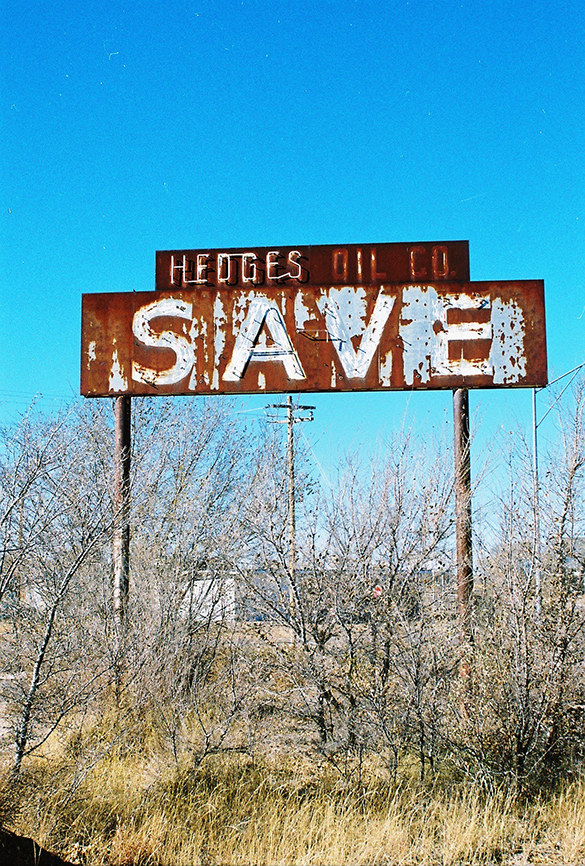 That’s because by 1905 it was where the Atchison, Topeka & Santa Fe (ATSF) and El Paso & Southern Railroads intersected, the only place in New Mexico where two major railways crossed. It was also a division point for the railroad, with a roundhouse, multiple tracks, and a railroad office. After the arrival of the automobile, it became the town where three US Highways–54, 60, and 285–met.

But before Vaughn even had a name it was a favored resting place during drives on the Stinson Cattle Trail. Jim Stinson worked for the New Mexico Land and Livestock Company and, beginning in 1882, would bring up to 20,000 head of cattle at a time from Texas to homesteads and forts in the Estancia Valley of east-central New Mexico. 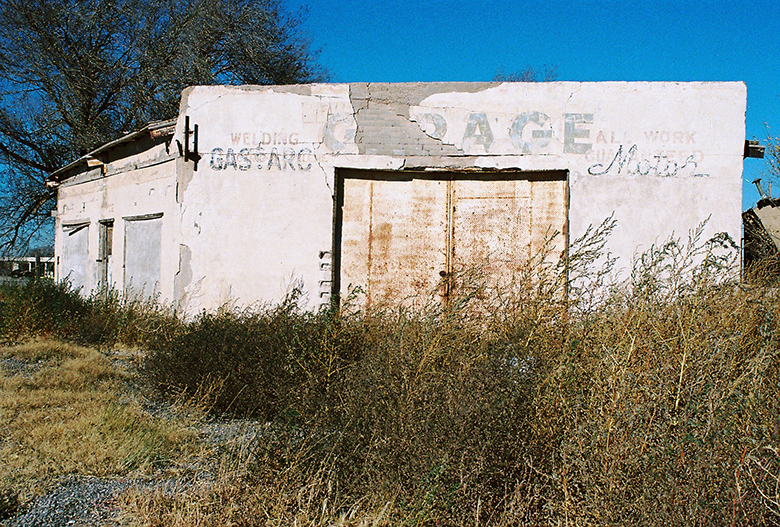 Vaughn got its name from Major G.W. Vaughn, who was a civil engineer for the ATSF. Right off the bat there was a water shortage and, in 1908, the ATSF built a water tank and two underground cisterns to try to collect as much of the precious liquid as they could. Drinking water was brought in by tanker from nearby Willard and Negra. The El Paso & Southern did a little better, having their water transported via wooden pipe from Bonito Lake, 100 miles to the southwest. In 1909, the ATSF figured it would just be easier to pay the El Paso & Southern 24 cents per thousand gallons than try to collect their own water any longer. 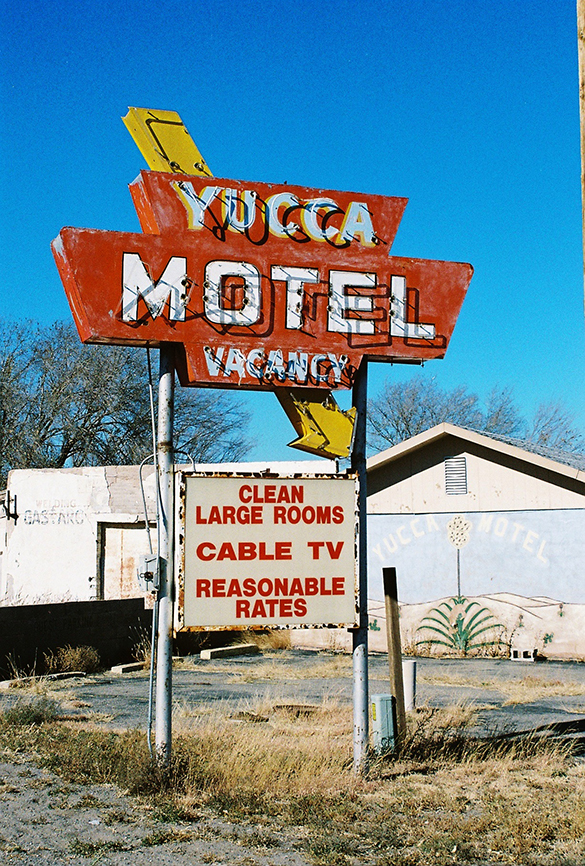 In 1910, the Los Chavez Harvey House opened, named after the Chavez family, who arrived in the area with Don Juan de Onate and the first European settlers in the late 1500’s. The Harvey House in Vaughn served as kind of a minor league team for newly recruited Harvey Girls who were just learning the proper way to look nice and be good. The hotel itself never saw many guests and closed in 1936.

Charles Lindbergh even stopped in Vaughn, but not because he particularly wanted to. In 1928, engine failure forced him to land his plane and wait in town a few days for a replacement part to arrive. He stayed at the Harvey House and, apparently, despite the best efforts of the girls, was not interested in socializing with them in the slightest. 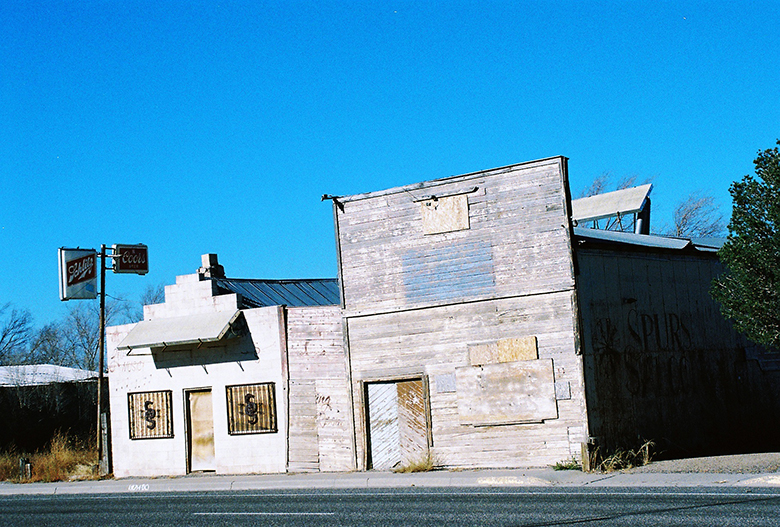 Vaughn wasn’t incorporated until 1919, but by 1920 it had a relatively healthy population of about 1000. However, the number of residents may never have climbed much higher than that. 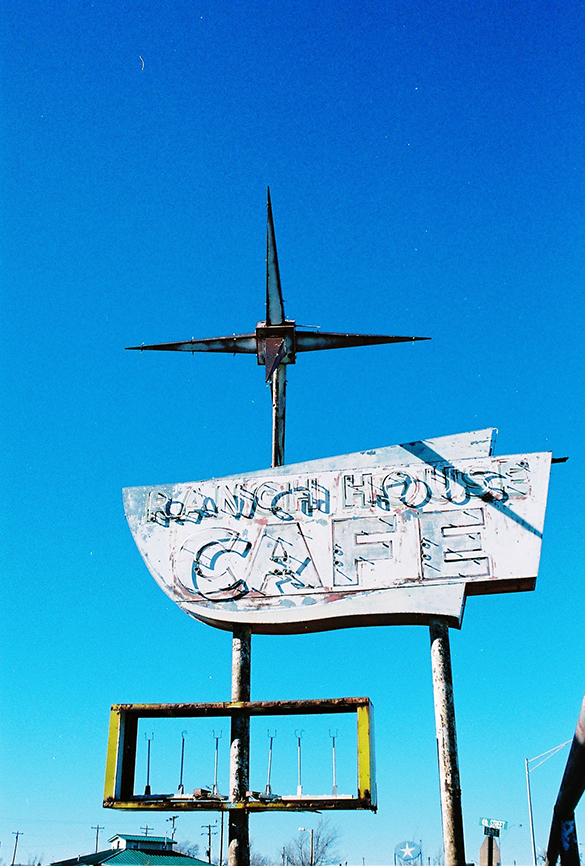 One Harvey Girl, Alice Garnas, said in 1926, “Vaughn was a shocking place. There was no place to go, nothing to do. Just Vaughn and those wide plains on all sides–cattle country. But it was for me.”

And it might be for you, too. But if, like many, you’re just passing through, try to make a stop at Penny’s Diner. Look for the restaurant at the crossroads that appears to be inside a large aluminum Airstream trailer. Once you enter, it’ll be 1955 all over again and you’ll swear you can hear that clickity-clack as the iron horses rumble through.

Also worth noting is that in an abandoned bar at the north end of Cedar Ave. are eight murals, of which six are shown here. Well, not only is the bar abandoned; it’s about to fall down. But the murals were reportedly done around the time of the Great Depression by someone who went only by “Vagabond Artist,” which is how he even signed some pieces. It’s said he painted the murals in exchange for room, board, and something to drink, but, nothing more is known. 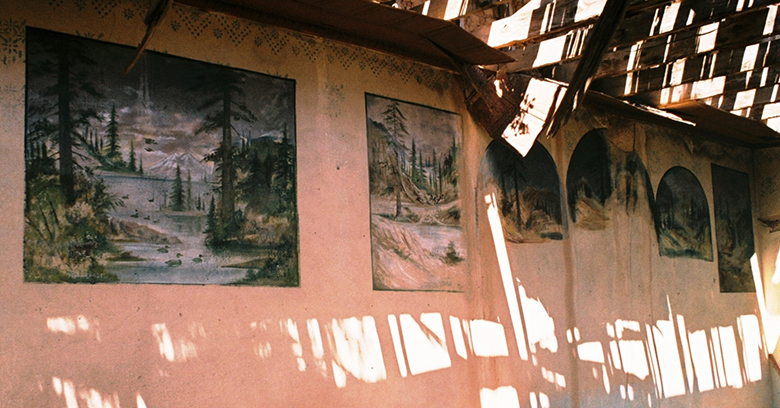 Most of the hard-to-find information and quotes included here came from Dixie Boyle’s excellent book, “A History of Highway 60 and the Railroad Towns on the Belen, New Mexico Cutoff.” Ms. Garnas’ quote came from “The Harvey Girls: Women Who Opened the West,” by Lesley Poling-Kempes. I also grabbed a bit from Wikipedia and the LA Times, too, believe it or not. 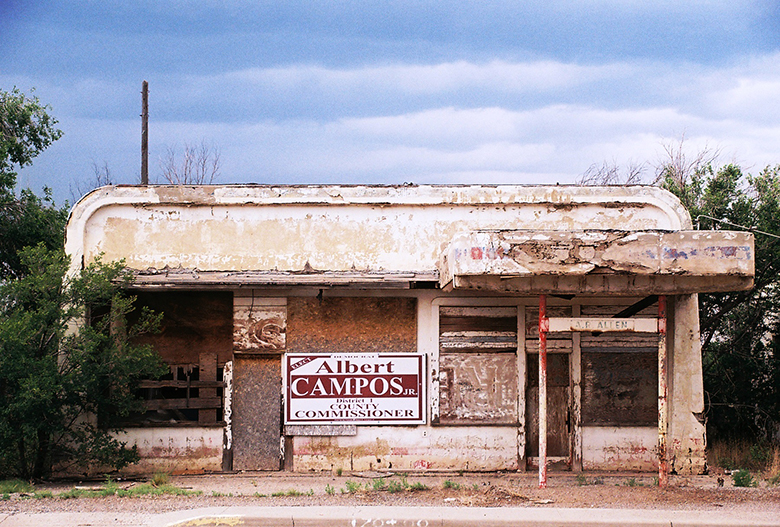