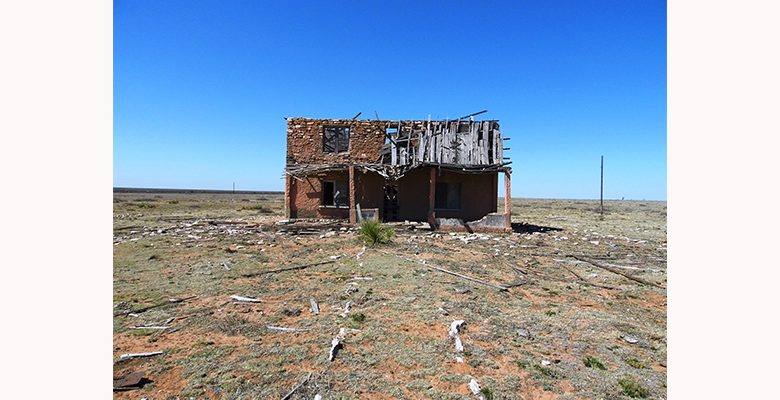 The Ruins by the Rails

Ricardo, New Mexico is yet another of the many towns that came to life seemingly overnight as the Atchison, Topeka & Santa Fe Railroad (AT&SF RR) built the Belen Cut-off through the east-central part of the state. Located in De Baca County, a few miles south of Highway 60, the recorded history of Ricardo appears to be scant at best. The town’s name is thought to have been that of a railroad official, and Ricardo, right along the tracks, was an AT&SF RR section house and water station. 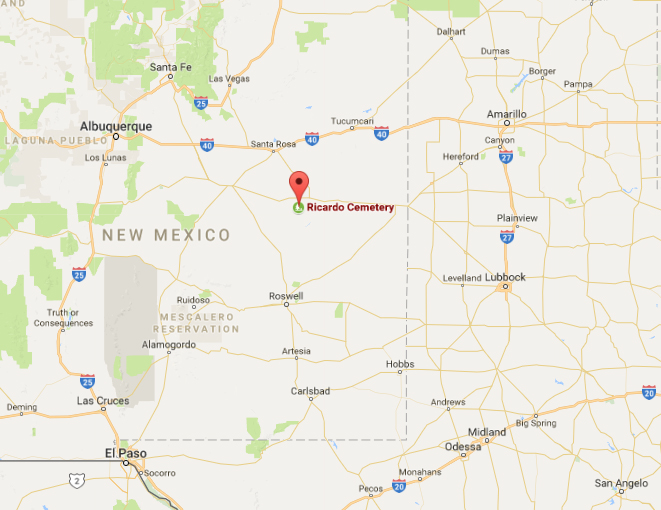 Ricardo had a post office, which operated from 1908-1956, after which point the mail went to Fort Sumner. There was also a school house, which I’ve been told was comparable in size to the First Presbyterian Church of Taiban. In the late-1950’s the school was purchased and hauled away so the lumber could be reused. 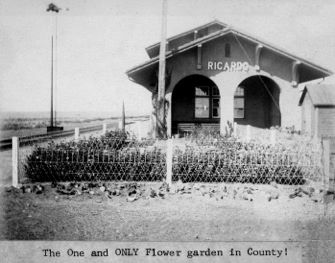 A vintage photo of the train depot would seem to indicate that Ricardo at one point had the one and ONLY flower garden in De Baca County.

While none of what I’ve described still stands, one gem does persist—at least for now—and that is the Ricardo hotel. A wonderful two-story adobe structure, it’s true that it’s surely near collapse.However, now a lone sentinel over this small part of the eastern plains, much of its old charm and majesty somehow remains. It’s not hard to imagine travelers newly arrived off the train making haste on a windy night or cold winter’s day to find some comfort in the hotel, or perhaps lounging on the porch of a fine spring morning, the wildflowers blooming way-off into the distance. If you’re quiet, beneath the prairie wind you can almost hear boots slowly climbing the shattered wooden stairs. 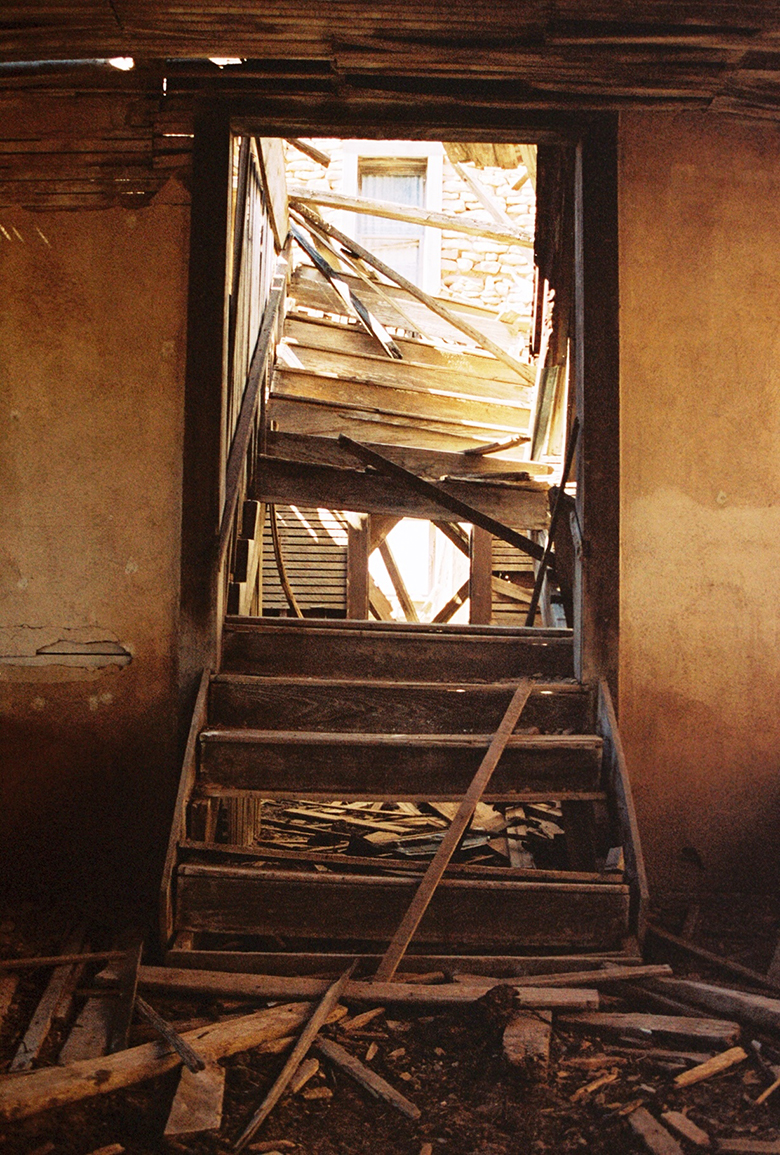 You don’t have to be quiet to hear cows though, a couple dozen of which may be quite excited to see you until they learn you have no food. Then they just seem vaguely hostile. I assume the concrete structure below was once used to water such cattle, but I’m not certain. Perhaps someone can provide some insight. 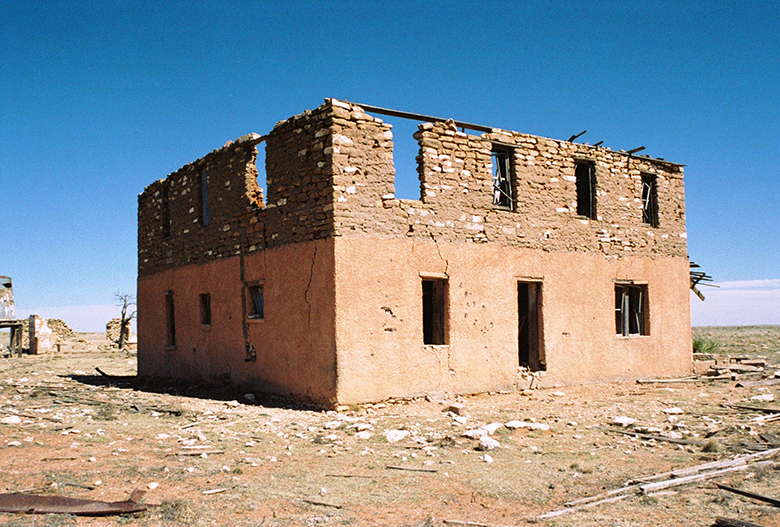 I should also mention that not only is Ricardo remote, it’s on private ranchland. At one time I thought it might’ve been owned by the railroad, but that’s not the case. So unless you have a reservation, the Ricardo hotel should remain guest-free, as it has for decades.

And that’s all I know about the ghost town of Ricardo. I would love to hear more from anyone that might have something to tell, so please leave a comment if you do. For now, “The Place Names of New Mexico” has the most to say, and I picked up a bit more info from some knowledgeable viewers of the City of Dust Facebook page. I got the vintage photo from NM ghost town photographer Beata Certo, but no one knows the original source. Anyway, thanks, folks! 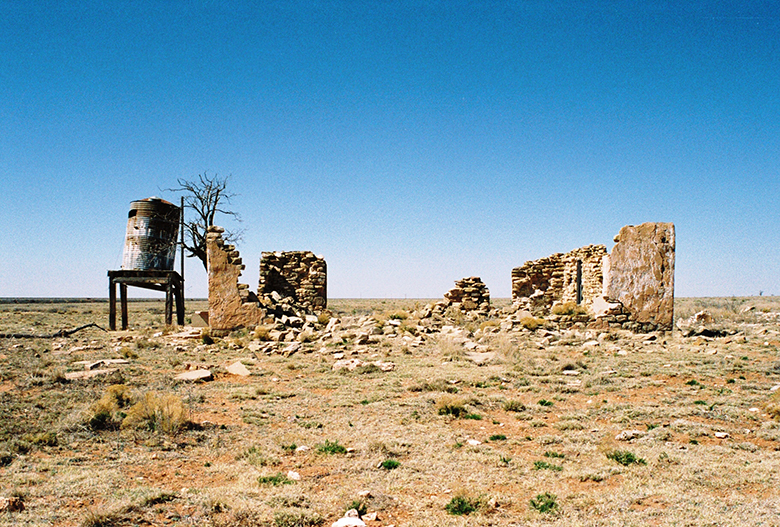