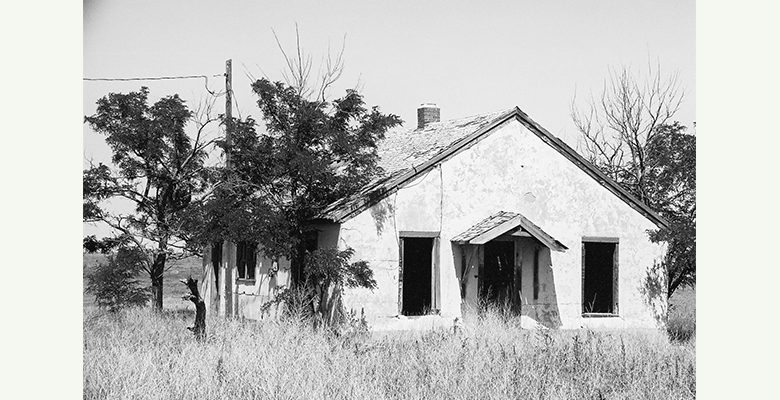 A Lively and Energetic Place

The first thing that strikes one about Pep, at least before visiting, is its name. It might seem a little unusual, except that there’s another town called Pep 60 miles dead east in Texas. In fact, it’s been 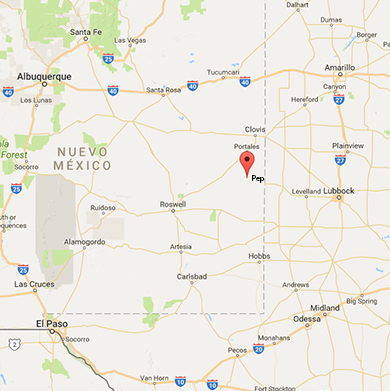 said that Pep, New Mexico got its name directly from Pep, Texas. It’s also been said that Pep was named for a fortified breakfast cereal popular during the Depression. Neither of those stories is true though and, really, Pep was probably named for the reason you’d guess at first glance.

The place that would become Pep was settled in the fall of 1925 by Edward Cox, who established the first residence and store. T.M. Pearce, who wrote New Mexico Place Names, concluded that Pep got its name because Cox expected it to be a “lively and energetic place.” Apparently Pep was a word used often during the Depression to instill enthusiasm. That’s how Texas got its Pep, too. 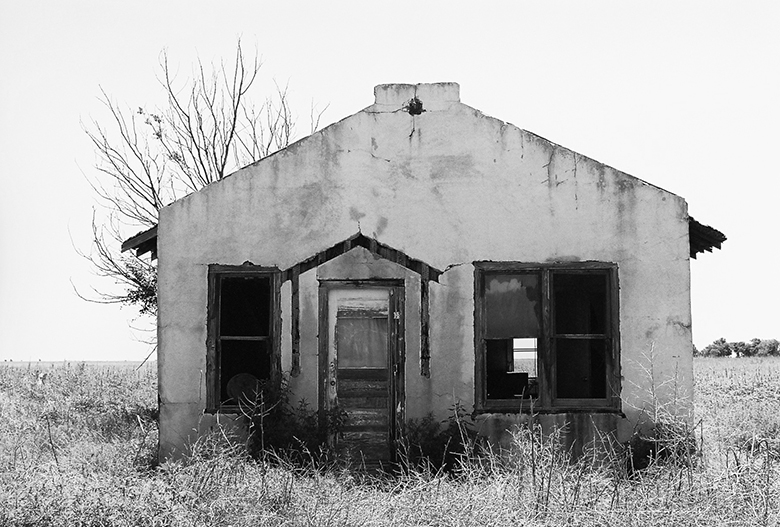 I’ve been told that there was a big party to get the town going, including a baseball game and rodeo. The post office opened in 1936–possibly beating Pep, TX to the name–and remains in operation to this day, despite the fact that there are only a handful of residents left. The post office also serves the ranches and farms of the surrounding area, of course, but is now only open in the morning and mail is not delivered every day.

Pep is in Roosevelt County, on the western edge of the legendary rangeland known as the Llano Estacado, or “Staked Plain.”  There’s a lot of folklore surrounding why this formidable mesa is known 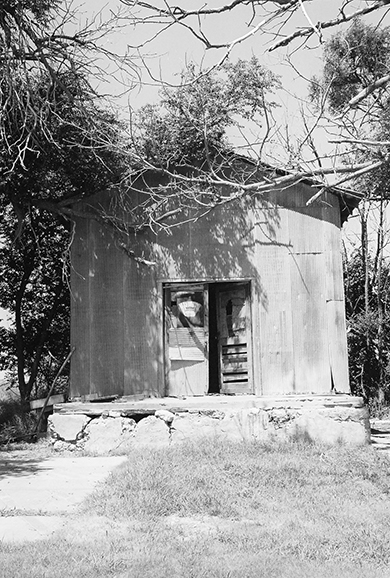 as the Staked Plain. The term is perhaps better translated as “Palisaded Plain,” the “palisaded” likely referring to the high, rocky escarpments that border the tableland, particularly to the east, where one, the Caprock Escarpment, reaches 300 feet tall. A common but probably less accurate explanation is that the “stakes” are really the dried shoots of yuccas, which can rise a few feet above ground and thus appear as scattered stakes as you look out over the landscape. My favorite is that early settlers “staked” their trails with buffalo bones and skulls so that they could follow them back out if they got lost, like macabre bread crumbs. Recently the Hillsboro Historical Society told me that Robert Julyan believes “estacado” may be incorrect and that the original Spanish word could’ve been “estancada” or, “ponded.” Indeed, after a rainfall water collects in the small depressions across the plains and thus “Ponded Plain” might be fitting. Which is right? I’d do like everyone else does and just go with whatever you like best!

As for personages, science fiction author Jack Williamson was from Pep. Known as the “Dean of Science Fiction,” he published in every decade from the 1920’s to the 2000’s. He also built a little wooden cabin near his parent’s house so that he could write undistracted. I don’t know exactly where it is and I’ve heard it’s decaying…but still standing! I’d sure like to get a photo of it.

So why did Pep not live up to its name? Initially Cox, who owned all the land in town, may have tried to sell it at too high a price during a bad economic time for the country. Maybe it was the name in the first place; Pep, Texas has wound up in a similar state. But the record on Pep is spare, to say the least. 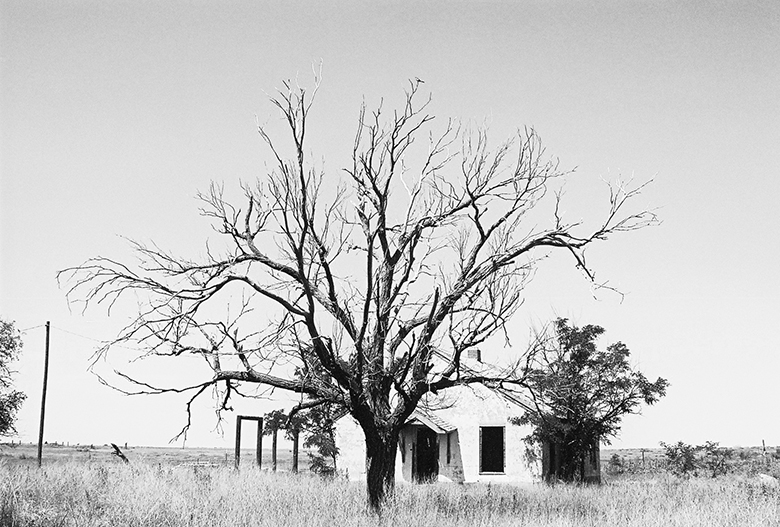 While it’s difficult to uncover the history of the little town, let alone the stories of the people that lived there, that does not make Pep unimportant. In fact, I would argue, quite the opposite. A couple months ago I posted a photo from Pep on the City of Dust Facebook page. After it had been shared around a bit, I found a comment which says more in a few words than I probably have in this whole piece. I don’t know the commenter, but I’d be happy if they somehow stumbled across this post so that I could give them my thanks for such a beautiful sentiment. Hopefully they wouldn’t mind that I’ve used their quote to end this latest installment!

“This post may be the only place in the entire world where the old community of Pep is being discussed. Pause for a moment, if you will, to honor those who gave their all here — gambling on a new life — in the Great American Desert.” G. L.

Information for this post came from almost nowhere. Robert Julyan provided the lion’s share in a single paragraph in The Place Names of New Mexico. I cobbled together some of the text on the Llano (or, yar-nah, if you like) from V.H. Whitlock’s book, Cowboy Life on the Llano Estacado. Various other bits were taken from personal correspondence and whatever else I could dig up. I learned a little bit about Pep, TX, the town from where F. Stanley published all those yellow “New Mexico Story” pamphlets, from THIS PAGE. You can see Jack Williamson’s cabin HERE. Thanks again to G.L.