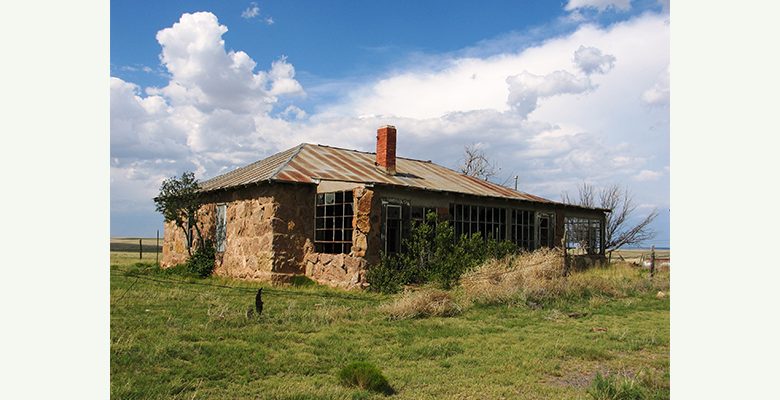 Paying a Visit to the Williams

It’s time to head south out of House, New Mexico, drop down off the Llano Estacado, and into the town of Taiban, home of one of the most photogenic churches I’ve ever encountered. From there, 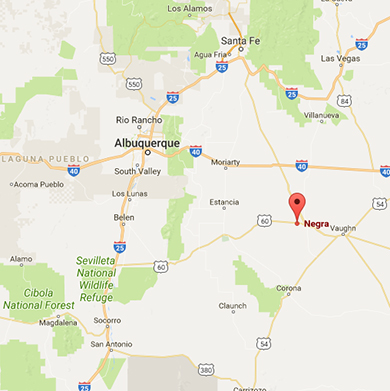 we travel Highway 60 west for quite a stretch, past Fort Sumner, Yeso, Vaughn, and Encino. But then, five miles past Encino, we find Negra. So, at the gravel road, let’s turn south and have a look.

Negra, in Torrance County, was established, as were a number of other towns along Highway 60, when the Atchison, Topeka, and Santa Fe Railroad (AT&SF) constructed the Belen Cut-off. This enabled trains to pass through the flat plains and avoid climbing into the northern mountains through Raton Pass. The cut-off came through about 1905 or 1906 and Negra’s post office was established in 1909. However, the post office didn’t last long. It shut down in 1918 with mail to those few still in Negra even then going to Encino. 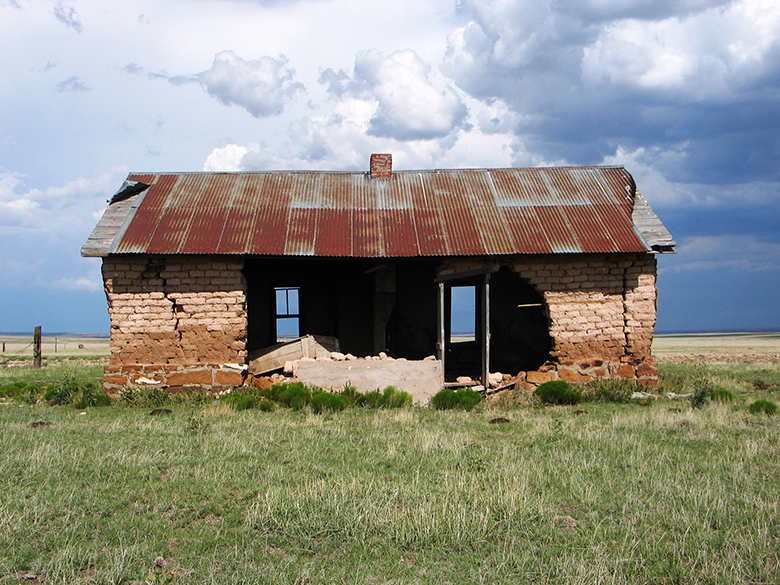 There are a couple stories about how Negra (“black” in Spanish) got its name, including one about a black dog hanging around the early townsite. Robert Julyan suggests the town got its name because of the black soil in the area and mentions the presence of a black water tank. The tank is notable because Negra must’ve had good water and plenty of it. For instance, Encino once got their water from Negra. I was told that a man named Tenorio used a small tanker truck to haul water to town and sell it to the residents. Of course, the steam-powered locomotives would’ve stopped in Negra to get water, as well. After the conversion to diesel engines, Vaughn bought four wells near the tracks from the railroad and, at some point, even Duran, 20 miles away, got water from Negra.

Beyond the above, there’s not much information available on this little town. Nearest the highway is a vacant but nicely intact filling station that might be from as early as the 1920’s. It’s pictured below. (Note “U.S. POST OFFICE” written near the roof. Perhaps this was salvage material.) Behind it is an old tourist court. Both were built by C.E. Davenport, Negra’s first postmaster. A working ranch–the Davenport Ranch–is adjacent to the south. Even farther to the south, across the still-active railroad tracks, there’s a cemetery. To the west, where most of the community once was, only a couple buildings remain. Two, which are not much more than piles of sticks now, were an old school and a teacher’s residence. An adobe structure with a big hole in the middle (shown above) might’ve been a more recent school. 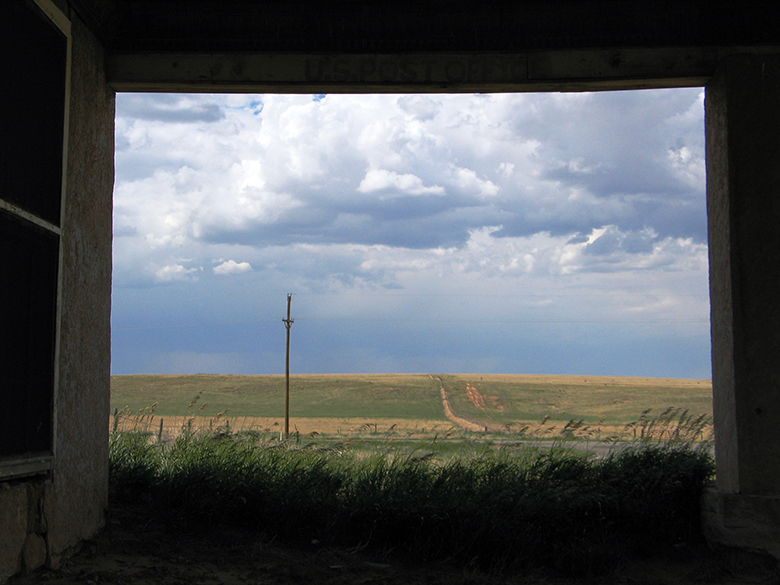 But the gem of Negra is the wonderful rock house, built on the site of an old grocery store, and its attendant barn and outbuildings. Despite the paucity of historical documentation, in a happy twist of fate it’s known who once called this lovely place home. In my article on Encino, I mentioned that there were once four beautiful murals on the walls of the high school gymnasium, which had sadly been torn down. Those murals were done in the very early 1940’s by Hallie Williams, and it is she and her husband Albert (nickname “Ollie”) who lived here. Hallie also painted at least one other mural and I’ve been told it still exists, in a store built by Mr. Williams in the 1950’s, also in Encino. 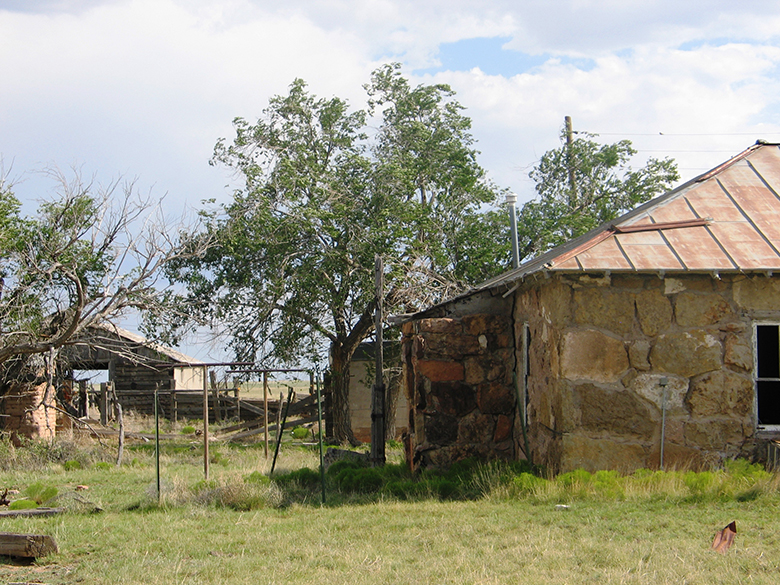 Mr. Williams ran a filling station in Negra—likely the vintage one just mentioned. He also operated a mercantile that fronted the railroad tracks in Encino. This store contained a reportedly very smelly stuffed buffalo head on a wall. Later, in the mid-1940’s, Mr. Williams built a smaller store on the north side of Highway 60. His third store in Encino, then, would be the one containing the mural.

Now, there are some abandoned places that legitimately feel creepy and leaving them brings with it an undeniable sense of relief. Then there are other locations, like the Williams’ homestead, that are peaceful, if not downright soothing. With the sun and clouds playing across the flat land of the eastern plains and a cool breeze rustling the grass, I could’ve stayed there—and, indeed, in all of what remains of Negra—for many more hours than I did. I hope to return soon. I feel like there’s more to be learned out there. 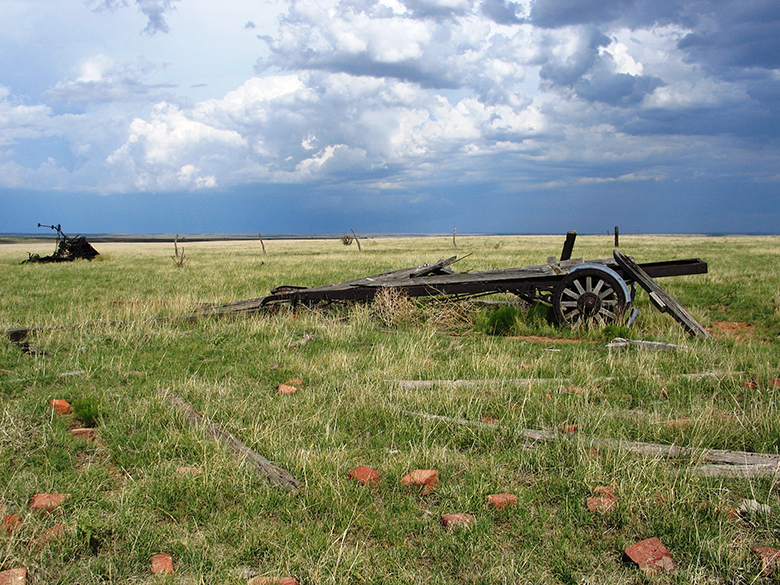 About the only published documentation of Negra that I’ve come across is Dixie Boyle’s “Highway 60 & the Belen Cutoff.” It’s a fantastic source for all kinds of info on the towns along the highway. Of course, Robert Julyan’s “The Place Names of New Mexico” handled the naming story, per usual. I even got a few facts, particularly about water, from comments left on the City of Dust Facebook page. Finally, Henry R. sent me a fascinating message about Encino and Negra, as well as background on Mr. Williams, his various stores, and his buffalo. As Henry R. was there back then, his is a fantastic first-person account. 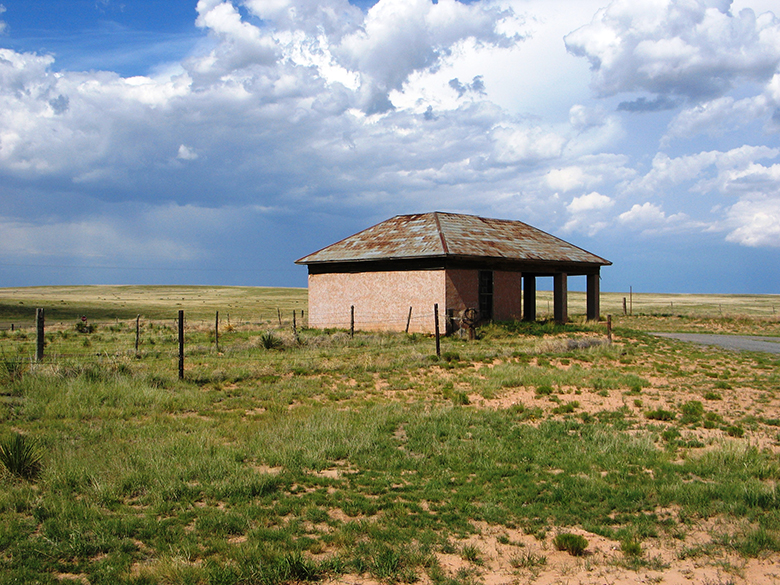