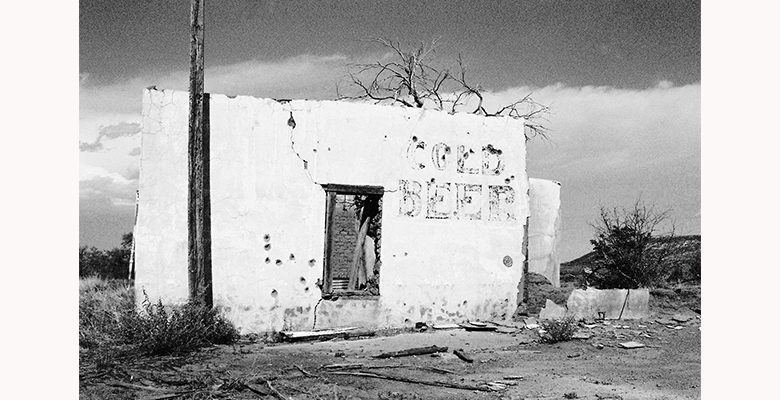 If you drive east of last week’s featured town of Newkirk on old Route 66, at some point you will cross what was once the Goodnight-Loving Trail, one of the most famous cattle drives of the American West. In the mid-1860’s, thousands of cattle and somewhat fewer cowboys began to travel this route from central Texas to Fort Sumner, New Mexico, not 50 miles south of Newkirk. Soon the trail was extended to Denver and then Cheyenne. 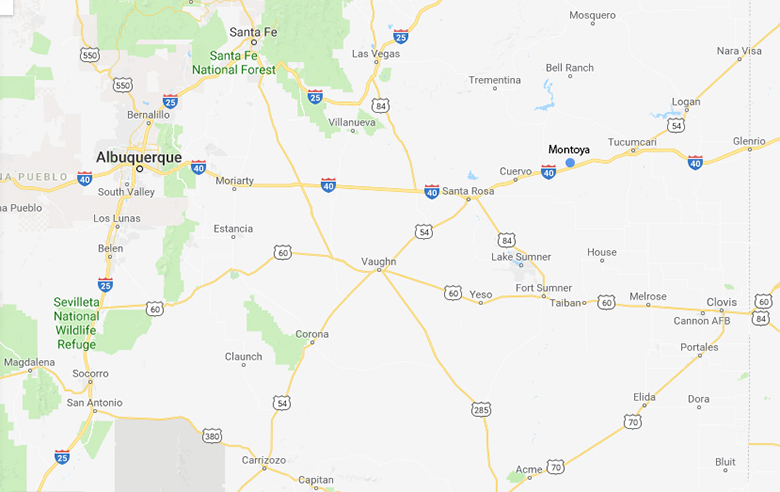 In 1867, Oliver Loving, the trail’s namesake alongside Charles Goodnight, was undertaking an ill-advised daytime ride to Fort Sumner, New Mexico, straight through Comanche country, with a colleague named “One-Armed Bill” Wilson. The two were attacked, Loving was shot and, after lying near the Pecos River for several days while Wilson went for help, had to have his gangrenous arm amputated. He died shortly afterward in Fort Sumner from complications. Wilson survived, apparently having had the foresight to lose his arm earlier. This tale is essentially retold in Larry McMurtry’s excellent Lonesome Dove.

You won’t see as many cattle now, but you’ll want to keep your eyes open for Montoya because, if you blink, you might miss it. There’s just not much left. Originally a sparsely populated village known as Roundtree, Montoya’s story begins as we’ve seen many, many times here at City of Dust. That is, it was brought to life by the power of the railroad. Thus, Montoya was officially founded in 1902, when it became a center for shipping and freight on the Southern Pacific. 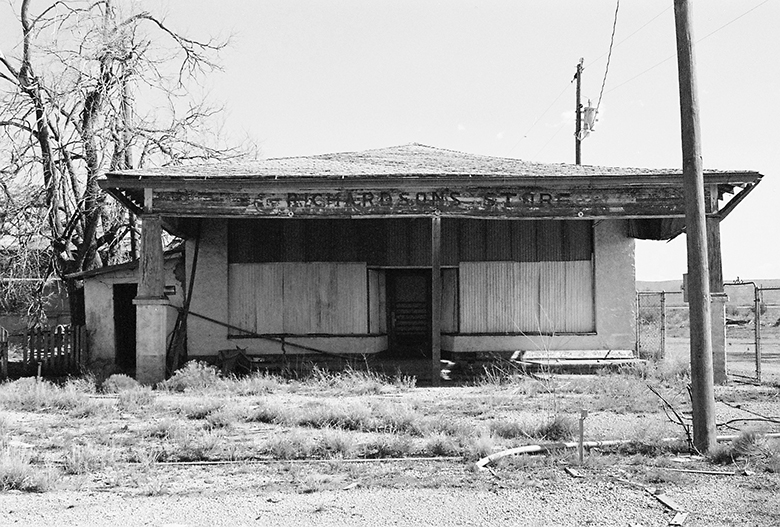 Richardson’s Store and Sinclair Station, pictured above, is one of a couple iconic buildings that remain in Montoya. It opened in 1925, the year before Route 66 was established, and would’ve served countless travelers. Maybe my uncle made a stop on his trip from the Midwest to California back in the ’50’s. The store survived into the mid-1970’s, when it was finally locked-up with all the unsold merchandise inside. After the owner died in the early-1990’s, Charles B. Dominguez, a family friend, was asked to watch over the place and its still-unsold contents for a few weeks. Dominguez ended up minding the store for at least 10 years, never selling a thing. What has happened since then I can’t say, but Richardson’s Store is now empty of salable goods and the vintage gas pumps are gone.

The old bar shown below and at the top of this post is perhaps the most-photographed building in Montoya. Unfortunately, I can’t find a thing about its history. If you know something, please leave a comment. It sold beer and someone took a few shots at it, that much is clear. 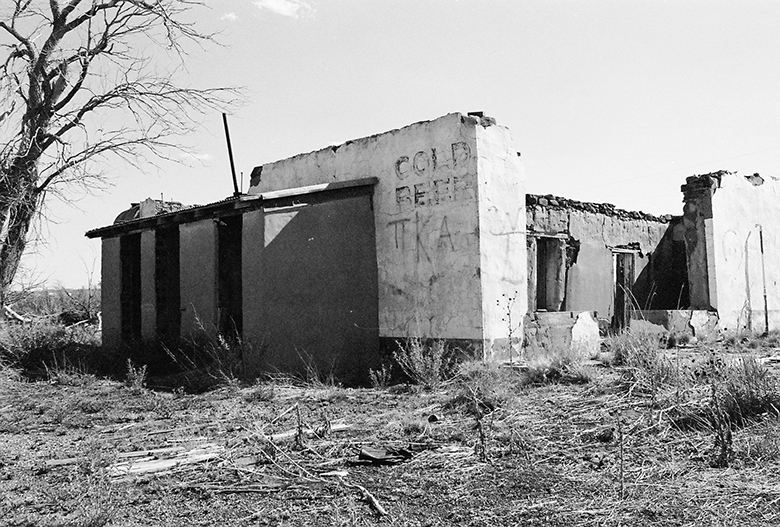 There is also a two-story house made of rock constructed by Sylvan R. Hendren and Maria Ignacia Ulibarri Hendren in the early 1900’s. Containing a kitchen and living room on the lower level and two bedrooms upstairs, it was known as Casa Alta (i.e., “High House”). It has a distinctive sloping roof used to catch rain for a cistern, but you’ll have to take someone else’s word for it because I didn’t actually see it. Like I said, blink and you’ll miss it. 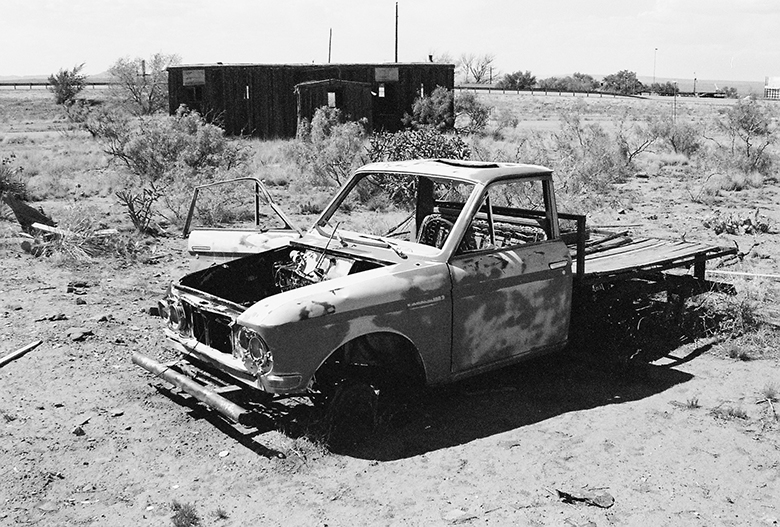 Route 66 from Montoya to Tucumcari, the next town to the east, is narrow and often flooded after rain. In fact, I had to get out and throw rocks into the water at the lowest points of the road to make sure we wouldn’t be submerged in our large sedan. A narrow, one-lane tunnel eventually takes you to the south side of I-40 and, as you hope that any oncoming traffic, however unlikely, is paying attention, it’s hard not to wonder if Route 66 was always this difficult and dangerous. Probably it was much worse. That’s an outtake from nearby Cuervo above.

More information on the Goodnight-Loving Trail is on Wikipedia. Between them, Legends of America and Ghosttowns.com contain most of what little information is available on Montoya. But The Road Wanderer has the most interesting piece. It includes a short interview with Charles B. Dominguez which I excerpted and for which I thank the Wanderer.

Next time we’ll go somewhere else.