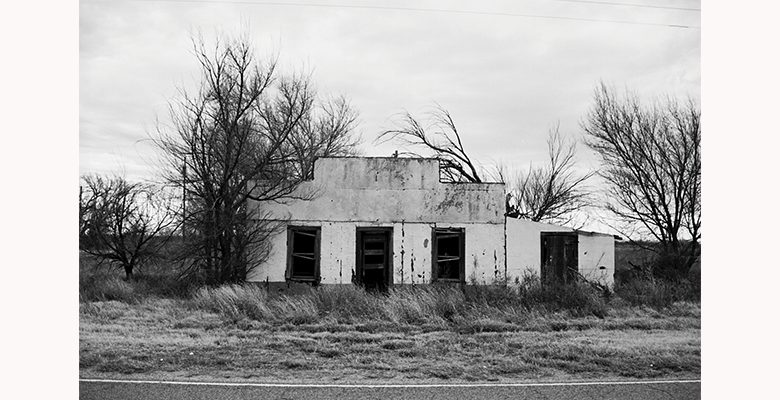 A Little Piece of Quiet

I might as well stop pretending that I’m going to write more regularly and admit that, modern life being what it is, time is always tight, and seemingly 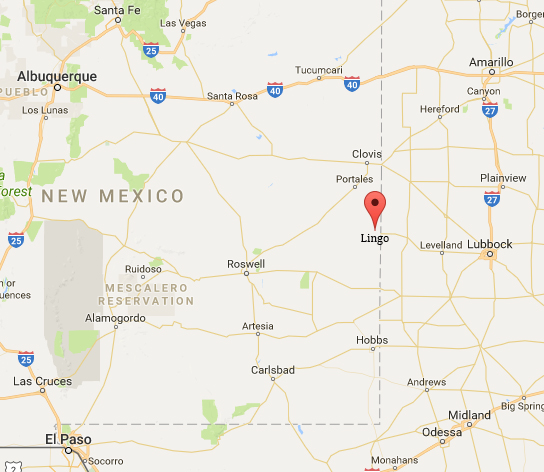 ever-increasingly so. However, one way to get new articles written is to take to my sick bed and thus find myself confined to the small space between the bedroom and kitchen table. As such is the case today, let us leave the hustle and bustle of modernity behind once again and step back into the past, this time to visit Lingo, New Mexico.

The little village of Lingo, which can still claim at least one family as residents, is on the eastern edge of New Mexico, just five miles from Texas. It’s a tiny dot on the map at the western extremity of the staggeringly vast Llano Estacado/Staked Plain plateau. As such, it sits among some other places we’ve visited in the region, such as Pep, and House. 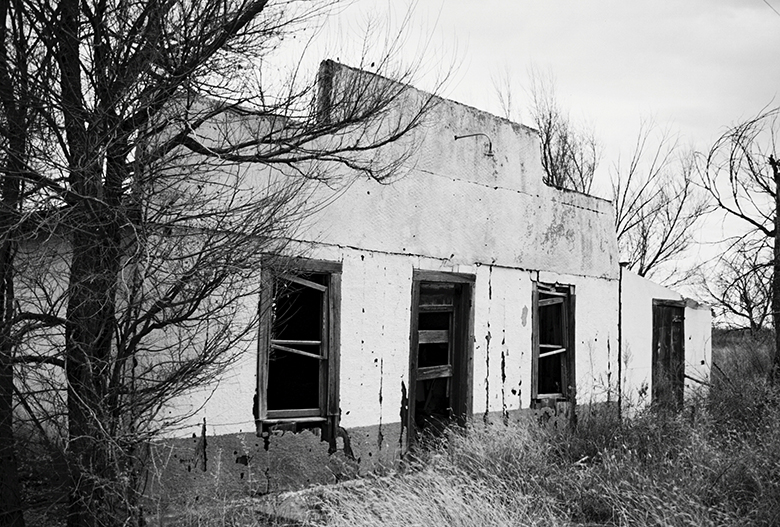 Jean M. Burrough’s “Roosevelt County History and Heritage” leads off with a handwritten letter about the Bilberry family’s arrival in what was not yet Lingo. They lived in a “two-room shack, dirt floor” and Finis Bilberry farmed and raised sheep. School was first held in 1916, the schoolhouse being a one-room dug-out at a place regrettably named Nigger Hill. Also known as Dead Negro Hill, this was where, in July 1877, a group of African-American soldiers and buffalo hunters abandoned their pursuit of some Comanche who had stolen stock and killed one hunter. Desperate and dying of thirst in the summer heat, the men began to search for water, some going 86 hours without a drink. Five would die in this incident, which was sometimes remembered as the “Staked Plains Horror.” In 2005, the name of the rise was officially changed to Buffalo Soldier Hill.

Speaking of place names, in “The Place Names of New Mexico,” Robert Julyan notes that Lingo was known as Need in 1916, becoming Lingo in 1918. No one knows why it was originally called Need, but in 1918 the postal authorities thought the name too close to Weed, a settlement down south in Otero County. At that point, not only did Need become Lingo, but the post office got moved three miles to the north. I don’t know why the post office also had to move. Anyway, it’s been speculated that Lingo took its name from the way the people spoke (i.e., “the jargon, slang, or argot, of a particular field, group, or individual”), but more probably it references a family, now forgotten. 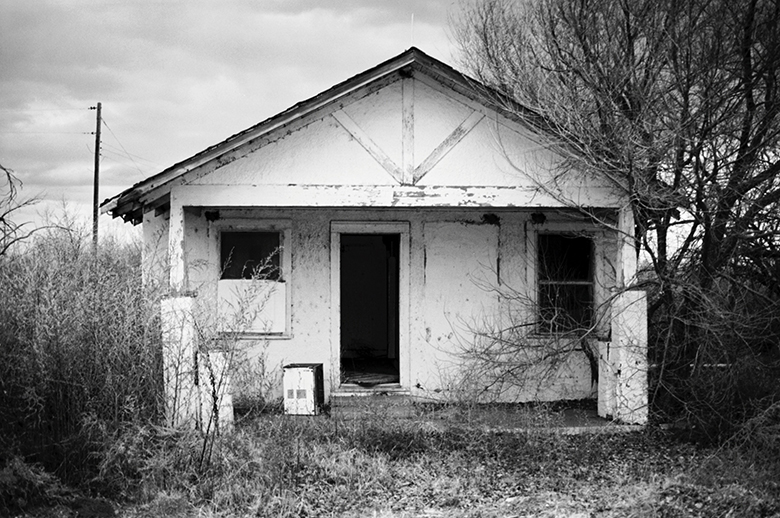 Now, I often feel like City of Dust is in a race against dusty oblivion as so many of the buildings documented on this website are disappearing fast, and those in Lingo are no different. But unlike Lucy, NM, where I got there too late to photograph the old school or the Formwalt house, in this case I arrived just in the nick of time. Shown above and at left is the post office, where around 1953 a Mrs. Balko was postmistress. Mrs. Fanny Brown took the position on April 20, 1968, staying until the post office closed in 1984 (possibly on November 2). I visited on December 12, 2015 and on Valentine’s Day 2016 the old PO burned to the ground. Apparently someone was driving a pick-up with a BBQ grill in the back and hot coals became airborne. Numerous blazes were started, consuming a total of 1,083 acres in southeastern Roosevelt County, but at least no one was hurt and no other structures were damaged. 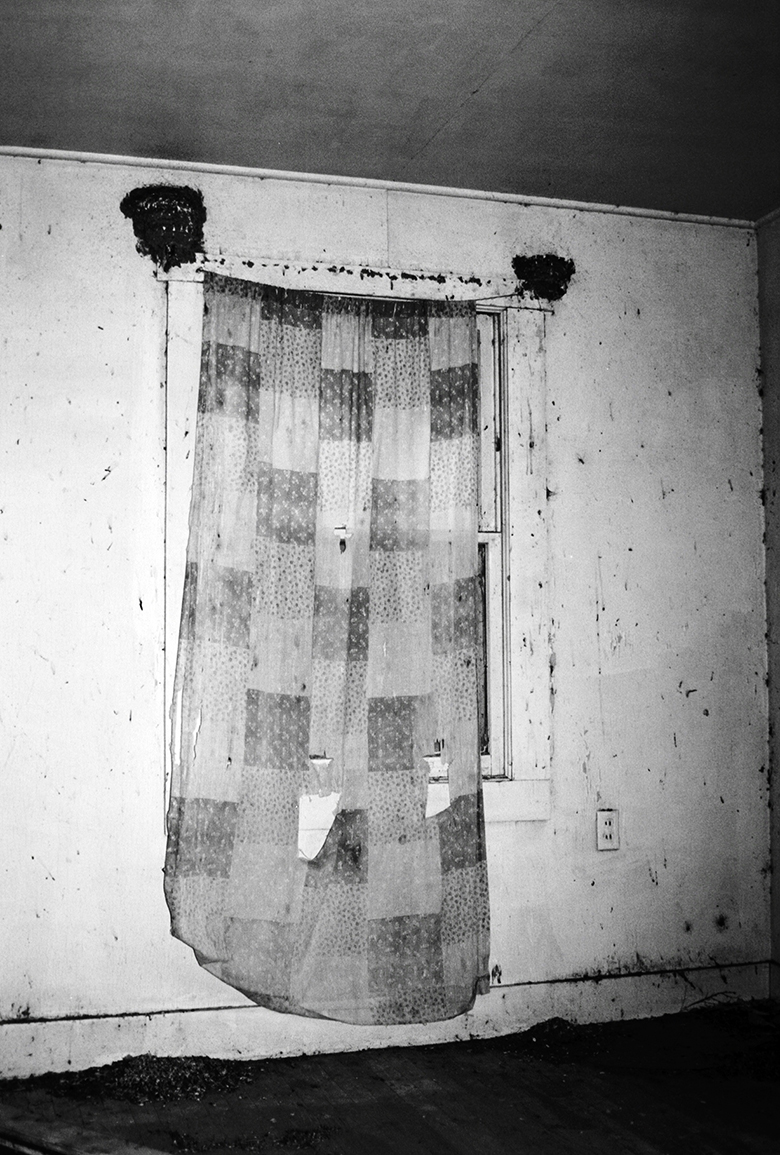 Below is the crumbling Lingo Baptist Church, reportedly also used by other denominations on occasion, possibly after a second church in town closed. The general store is shown at the top of this post. Other buildings included a café, hardware store, basketball gym, and a shop in a Quonset hut, none of which still stand. 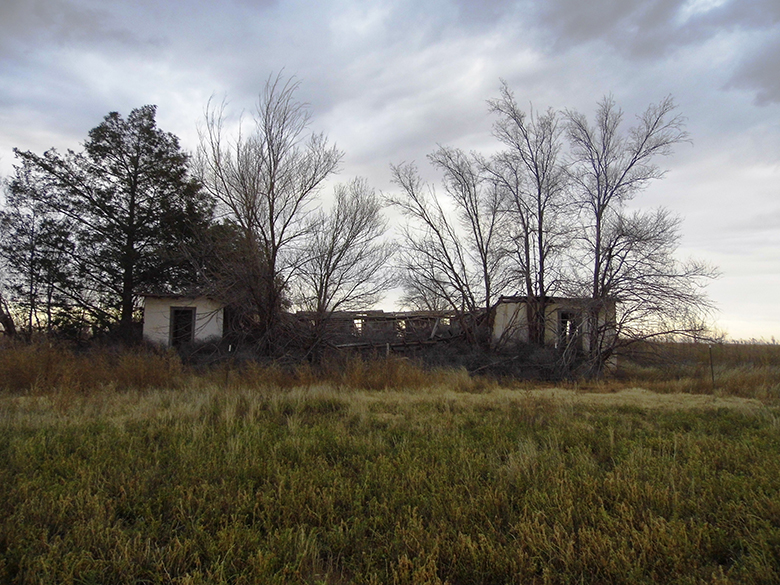 Fish fries and dances were held at the high school, which was across the street from the post office. The dances were a big deal as such stuff was not allowed in nearby Causey. However, Causey was where you would go to get your hair styled by the much-loved Lingo resident Edna Ashbrook. Lingo’s last graduating class was in 1945 and numbered five: Meryl Terry, Pete Rogers, Billy Joe Cunningham, Otis Foster, and Gene Collins. You can still find the blacksmith shop, but it’s fallen into a jumbled heap. Things are certainly much quieter than when Lingo could boast of the Hair twins–Judson and Jettie–and the Henry triplets–Anna, Bunna, and Lanna–although, you know, sometimes quiet can be nice.

Now I must return to my Theraflu. 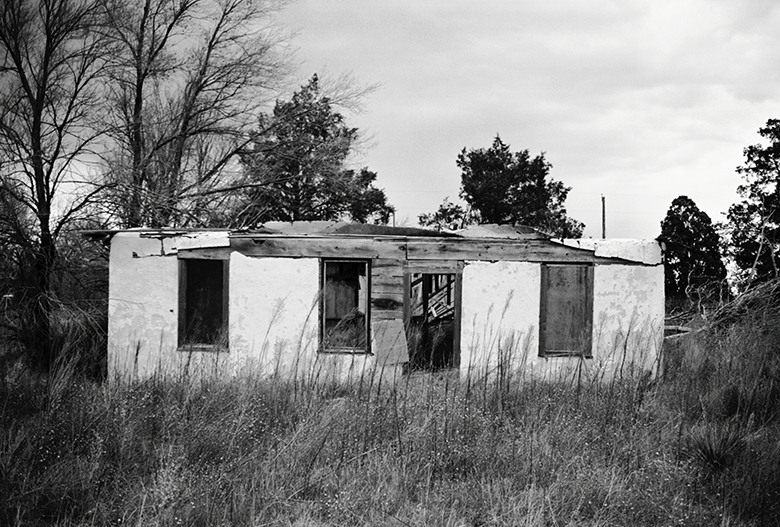 The only published sources of information on Lingo that I could find were Burrough’s “Roosevelt County History and Heritage” and Julyan’s “The Place Names of New Mexico.” Wikipedia has a long entry on the “Buffalo Soldier tragedy of 1877.” Everything else for this post came from the many good people that left their recollections of growing up and living in Lingo on a series of photographs on the City of Dust Facebook page.