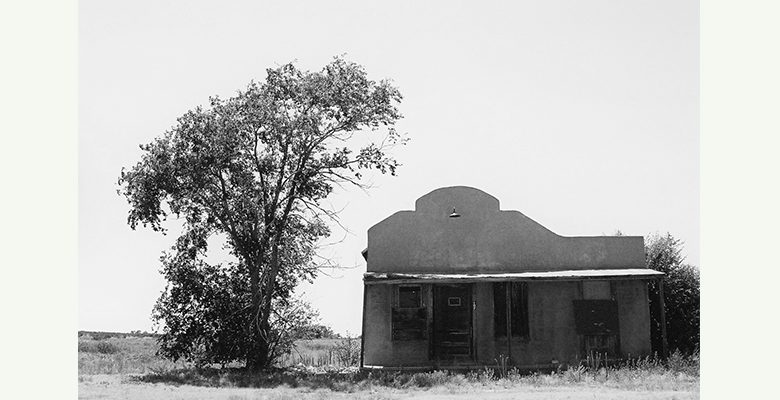 On the Edge of the Staked Plain

The more I learn about the Llano Estacado, or Staked Plain, the massive tableland that covers over 37,000 square miles of west Texas and eastern New Mexico, the more fascinating and evocative I find it. 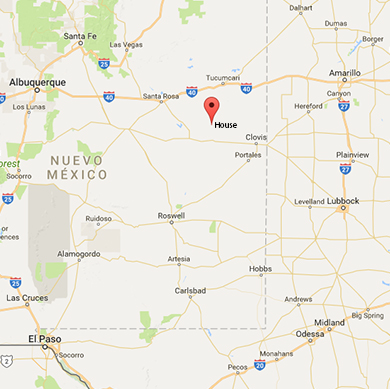 We’ve visited Pep, on the western edge of the Llano Estacado, so let’s visit another Llano town. This one is right beside the Mescalero Escarpment, a long cliff averaging about 200’ high which forms the border on the New Mexico side of the tableland. The Mescalero Escarpment could be (and probably was!) seen as an excellent defense against enemies below. House sits perhaps 15 miles northeast of where this escarpment descends from Taiban Mesa into the wonderful semi-ghost town of Taiban, NM.

Near House is another simply-named town called Field and while the origin of Field’s name is officially obscure, it would seem kind of obvious to anyone passing through. Likewise, you might think that perhaps House was named for a…house. But, in fact, it was named for John L. House and his family, who settled on the current townsite in 1902. John built the first store in 1904 and within two more years House had a post office, with Lucie Jordan House as the first postmistress. I’ve heard that settlers often arrived by train from Tucumcari and made the surely difficult journey up the escarpment to House on foot where an agent would assign them land to homestead.

(The building above was once a hardware store.)

Below the soil of much of the Llano Estacado is caliche, a hard mineral here known as caprock. In fact, the entire top of the plateau is often referred to as “The Caprock”, or even just “The Cap”. To make things more confusing, the towering escarpment on the Texas side is the Caprock Escarpment. Anyway, this Caprock Caliche can keep soil depth relatively shallow and, without any features to block wind, the Llano was one of the two regions most devastated by the Dust Bowl, particularly in Texas. Southeastern Colorado-Southwestern Kansas was the other hard-hit region. I wonder how House fared.

There are no descendants of the House family in the area any longer, but the town that bears their name persists. In fact, House is not a ghost town by any stretch. While the population as of the 2000 census was 72, House feels somewhat larger. There are many well-kept homes and gardens and it comes across an active place. So, I apologize to the residents of House for making their home look a little like a true ghost town. I guess it’s just what I do. 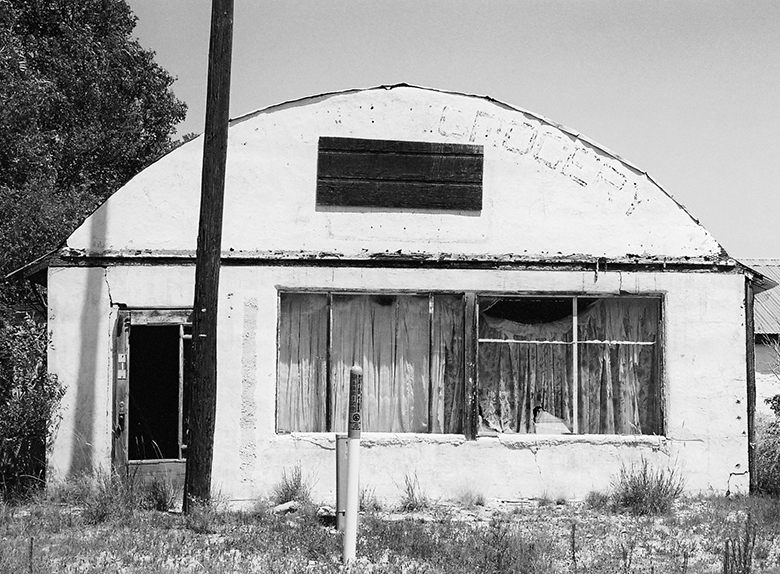 (Above is the Sunshine Grocery. Inside were copies of U.S. News & World Report from the early ’60’s. A quick glance at an issue showed that while the world is very different it’s also just about the same.)

While not a ghost town, House has changed considerably over the decades. Its history is difficult to uncover, but someone whose family settled near House in 1906, who began attending House Public School in 1948, told me that the town once had 4 service stations, 3 churches, 3 grocery stores, 3 mechanic shops, 2 hardware stores, 2 feed stores, 1 appliance store, 1 barber shop, 1 blacksmith shop, 1 cafe, 1 school, 1 pool hall, 1 movie theater, a post office, and a potato grading shed. Now, beyond the post office and school, virtually none of it remains.

In 1948, 325 kids attended 1st-12th grade in House and almost every 1/4 section was occupied by a family. But just a handful of years later there were 125 students in the entire school. Much of this decline occurred in the 1950’s, when New Mexico suffered a terrible drought and people left the farms around House en masse.

Now, that’s about all I could learn about House itself. However, I would be remiss in not mentioning Glen Franklin, born March 18, 1936 in House. Mr. Franklin was world tie-down roping champion in 1965, 1967, and 1968 and was inducted into the ProRodeo Hall of Fame in 1979. It’s said that Mr. Franklin carried a rope while still in diapers and was soon looping every dog, chicken, or human that crossed his path. He rode a horse called Red Light that received its share of credit for Mr. Franklin’s achievements. However, Mr. Franklin didn’t want to travel constantly and retired from rodeoing to ranch near House, which he is still doing to this day. 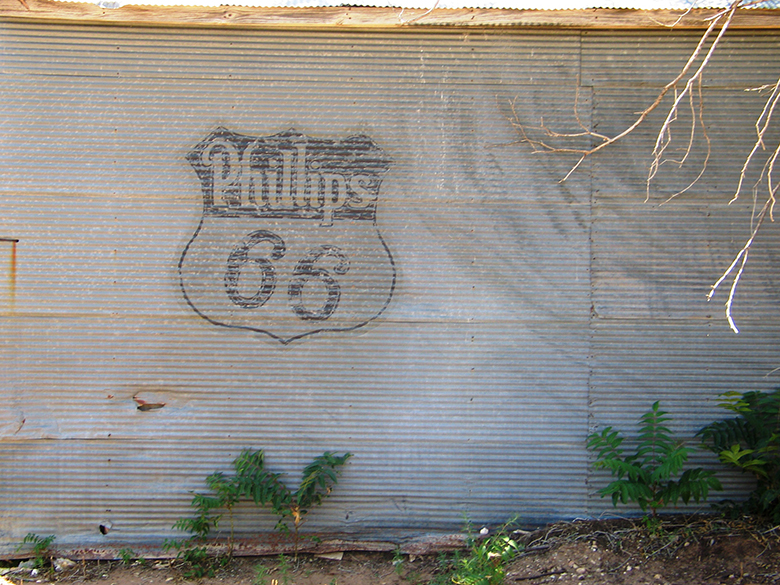 If I got any geology wrong, I apologize. Please correct me! I used Wikipedia and LlanoEstacado.org as my two primary sources on the Llano and its escarpments. Since there’s not much out there on House, Robert Julyan’s The Place Names of New Mexico tells you more than any other published source just by describing how the town got its name. There’s about as much info on Mr. Glen Franklin at the ProRodeo Hall of Fame site as there is on any other aspect of House! Without the help of Robert W., who has deep roots in House, this post would be much poorer. Michael K. contributed the bit about folks hiking up the escarpment after getting off the train. I thank them both very much!