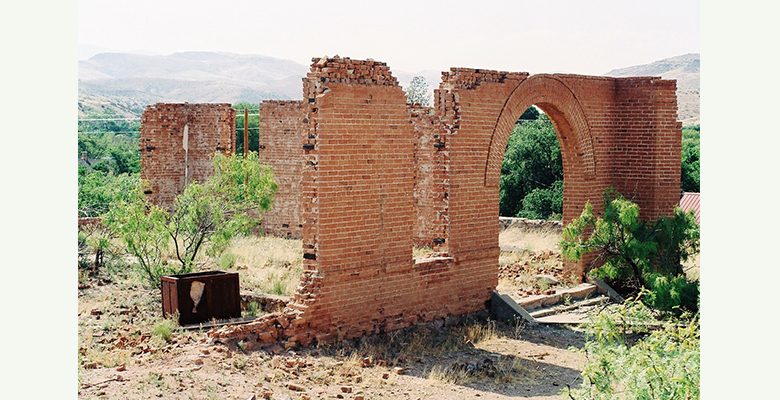 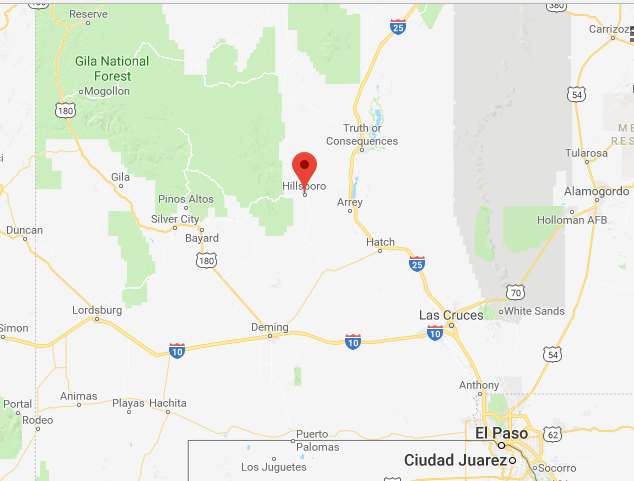 This Is Not a Ghost Town

Hillsboro, New Mexico, at the foot of the Black Range, almost 20 miles west of I-25 on NM 152, the scenic route to Silver City, is not a ghost town, as anyone that lives there will tell you. But it’s also not quite the place it was in the early 1890’s, when 2000 people called it home. Perhaps one-third of these were children, indicating something like the presence of family values, a bit unusual in a Wild West mining town of the time. (As of the 2010 census, Hillsboro’s population was 124.) Also, Hillsboro has plenty of historic heft, which makes it rather nice for inclusion here at City of Dust. 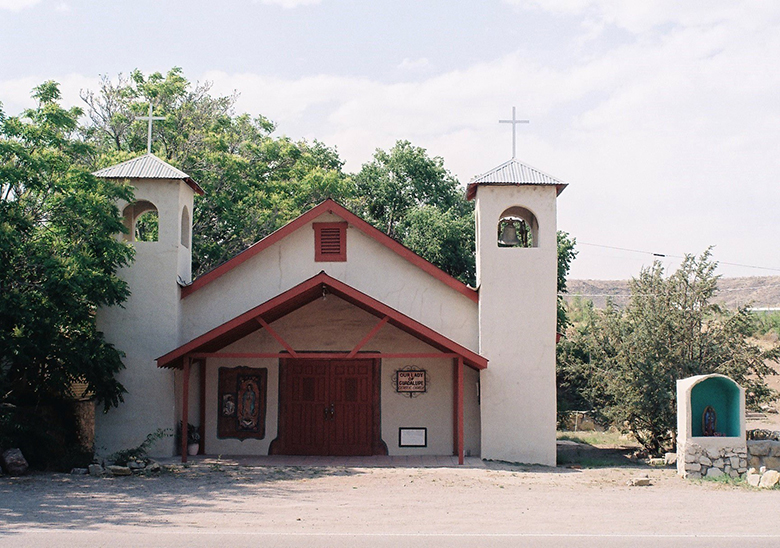 Hillsboro was a mining town and a gold mining town at that. In April 1877, Dan Dugan and Dave Stitzel found color along Percha Creek, just beside present-day Hillsboro, and suddenly a rush was on. Four months after Dugan and Stitzel had their ore assayed at $160 in gold to the ton someone built a house nearby and by December, with fresh claims springing up all around, it was decided to name the newborn town.

Over the years, I’ve put a lot of effort into describing the origins of the monikers of some of these places, but Hillsboro is easy: Everyone says they pulled the name out of a hat. Originally, it was Hillsborough, but all those extra letters were quickly deemed unnecessary. Or is it so easy? A lesser-known version has it that Joseph Trimbel Yankie, possibly the third prospector to arrive in the area, was given the honor of choosing the name. Because he was from Hillsboro, Ohio, he chose…Hillsboro. This account is now considered correct. Remember, when in doubt, always pick the less-interesting story. 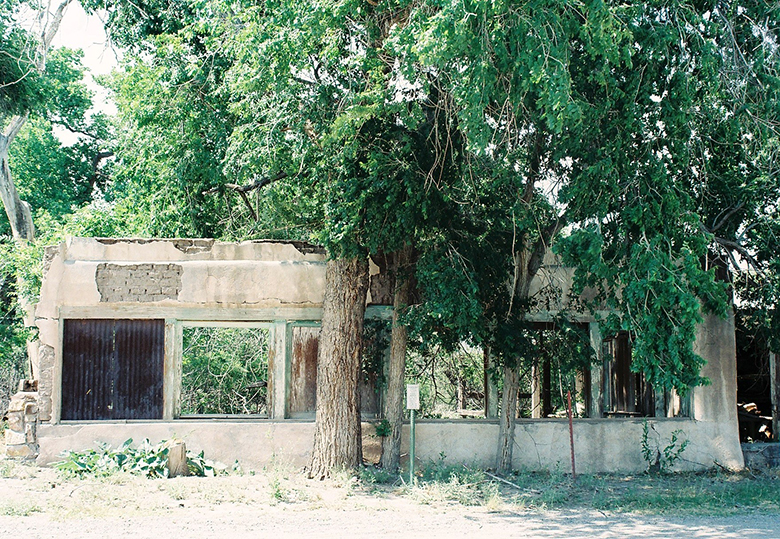 I *think* the above building, on Percha Creek, was the Romelia Chavez Luna home, built sometime before 1893.)

Within two years, Hillsboro had a population of 300, as well as saloons, grocery stores, and a post office. It also had a problem with Apache raids, so four companies of soldiers were stationed nearby to provide protection. Once, when Victorio went raiding, everyone moved across the mountains to the mining camp of Georgetown to wait things out. 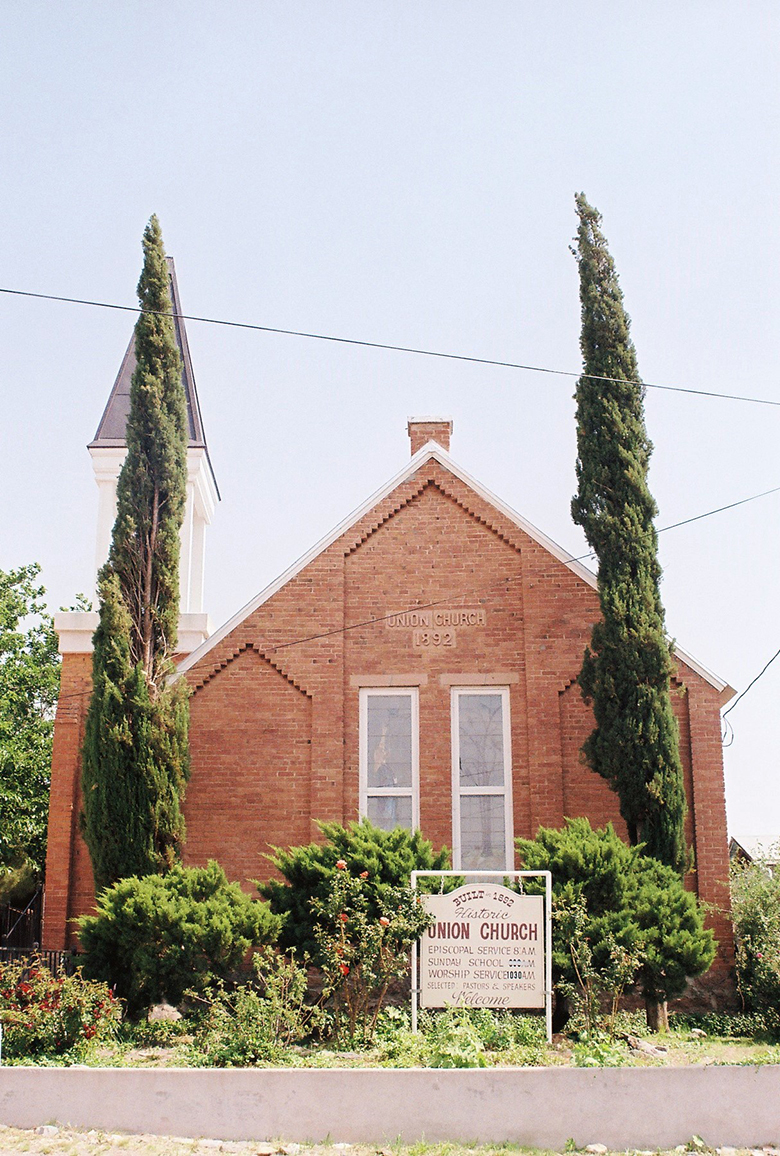 A lot of money was soon being pulled out of the region and Hillbsoro became a center of activity, as well as the Sierra County seat in 1884, eventually resulting in the construction of an ornate, two-story brick courthouse for $17,000 in 1892. The sturdy, red-brick Union Church was also built that year. In the end, six million dollars in gold and silver was found in the rugged landscape, with all the attendant trading, banking, ranching, and rabblerousing such a thing would engender. Stagecoaches ran back and forth between adjacent Black Range towns and, of course, they were often robbed, so the jail was plenty big. 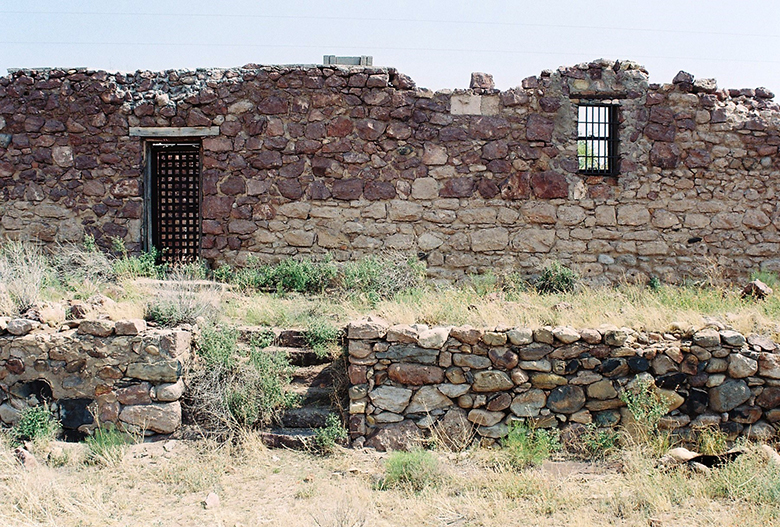 Hillsboro’s last jail, a stone affair built near the courthouse in the mid-1890’s, housed some interesting people, including Oliver Lee, James Gilliland, and William McNew, accused in the infamous 1896 disappearance near White Sands of Judge Albert J. Fountain and his eight-year-old son Henry. Fountain had been indicting suspected cattle thieves in Lincoln and Lee, Gilliland, and McNew had each been named. Incidentally, despite having been an outspoken opponent of Billy the Kid and his gang, Fountain had been selected to defend Billy in his 1881 trial for the murder of Sheriff William Brady, a case he obviously lost.

In 1899, after Lee and Gilliland had escaped Sheriff Pat Garrett and following political wrangling too labyrinthine to go into here, the accused were brought to Hillsboro, trial proceedings being moved from Las Cruces at the request of the defense. Oliver Lee and Jim Gilliland were tried for the murder of Henry but not his father and, after the judge pulled jurors out of their beds at 11:30 PM demanding a decision, a verdict of “not guilty” was delivered in eight minutes. Despite blood and signs of struggle at the scene of the alleged crime, there were still no bodies to prove that anyone was actually dead. Charges against McNew were dismissed. The case has never been solved. 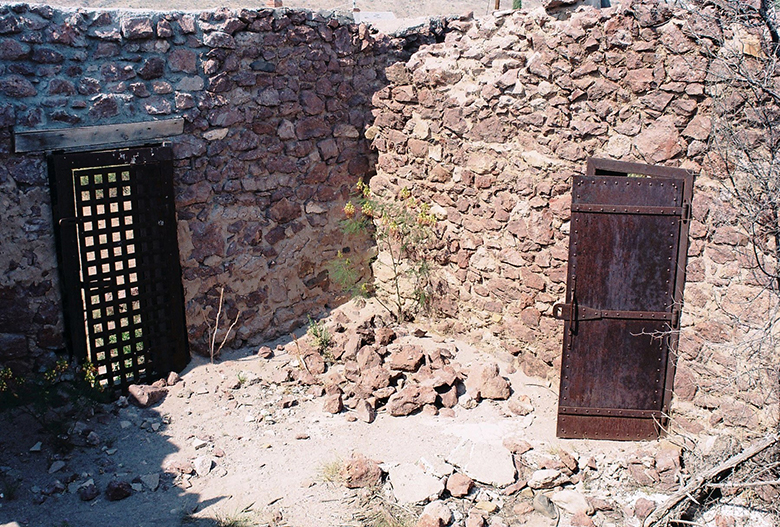 Valentina Madrid, a sixteen-year-old girl, and her seventeen-year-old friend, Alma Lyons, also knew the jail. In 1907, they were accused of poisoning Valentina’s husband by sprinkling his coffee with “Rough on Rats” for a week. The girls said they were forced to do it by Valetina’s would-be suitor, Francisco Baca, though he was acquitted. The girls were sentenced to be hung, but public outcry got them life sentences. Thirteen years later, both girls were pardoned by Governor Octaviano Larrazolo on the condition they secure “honorable employment,” remain in New Mexico, and never set foot in Sierra County again. 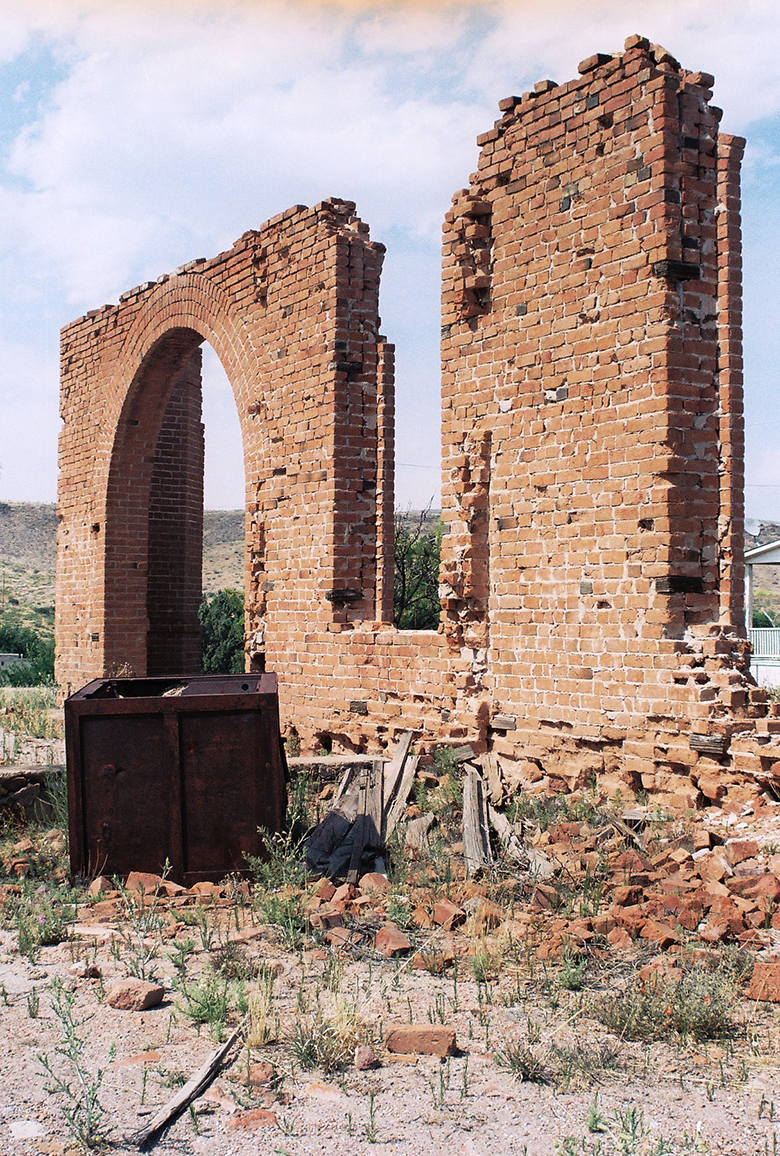 Hillsboro had already begun a steep decline by the late-1890’s, but revived a bit during WWI, then started to decline again in the 1930’s, although after a devastating flood in June 1914 the town was never going to be the same. In 1938, Hillsboro lost the county seat to Hot Springs (now Truth or Consequences). The story goes that residents of Hillsboro kept traveling to Hot Springs to bring all the county’s files and documents back to Hillsboro. This allegedly happened so often that the courthouse was eventually taken apart brick-by-brick so there would no longer be anywhere to bring the files back to. Whether that’s true or if the courthouse in Hillsboro was simply sold in 1939 for $440 to provide construction material for the new one in Hot Springs, I can’t say. The courthouse may have even remained whole into the mid-1940’s. But it was never entirely dismantled and what remains is a picturesque ruin. 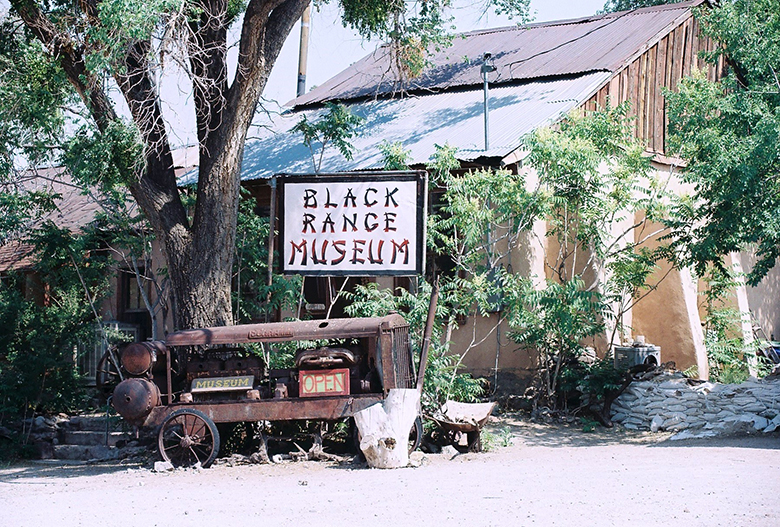 Evidence of Hillsboro’s past is all around, including in the Black Range Museum, once the Ocean Grove Hotel. The hotel also functioned as a high-end brothel established in 1886 by Sarah Jane Creech, better known as Sadie and usually (and mistakenly) said to be British, when she was just 21 years old. Amongst other things, Sadie and her girls were known for fearlessly tending to the town’s residents during the influenza pandemic of 1918. 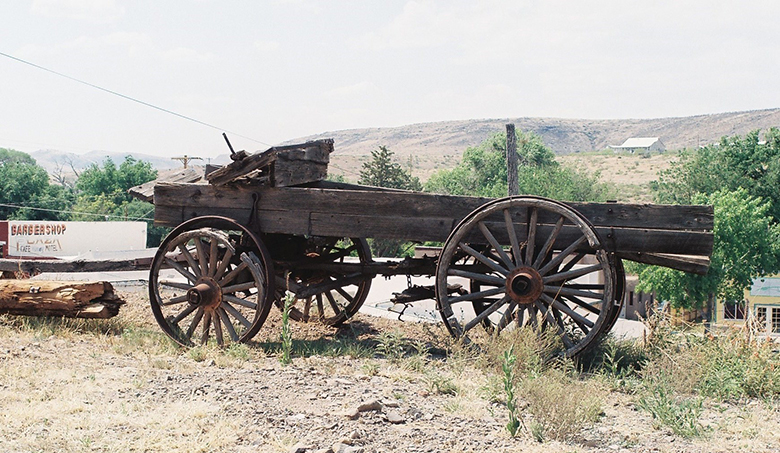 Hillsboro’s present is as a charming small town nestled in the Black Range with a couple cafes and restaurants and The Enchanted Villa Bed & Breakfast. While there might not be much gold in them thar hills anymore, there’s still plenty of reason to stay in Hillsboro.

I attempted to rectify information from three sources for this post, Haunted Highways, published in 1968 by Ralph Looney, New Mexico’s Best Ghost Towns, published in 1981 by Philip Varney, and Ghost Towns Alive, published in 2003 by Linda Harris. I did my best to sort out the minor discrepancies and omissions amongst them, but you know how that goes. All state that Hillsboro’s name was picked from a hat. The Place Names of NM is one of the few published sources that mentions both naming stories, but locals (and the Albuquerque Evening Citizen) know it was Yankie. The story about Valentina Madrid and Alma Lyons came from the Hillsboro Historical Society, who also commemorated the presumed murder of Albert and Henry Fountain. Finally, there’s a pretty informative walking tour of Hillsboro available at blackrange.org.