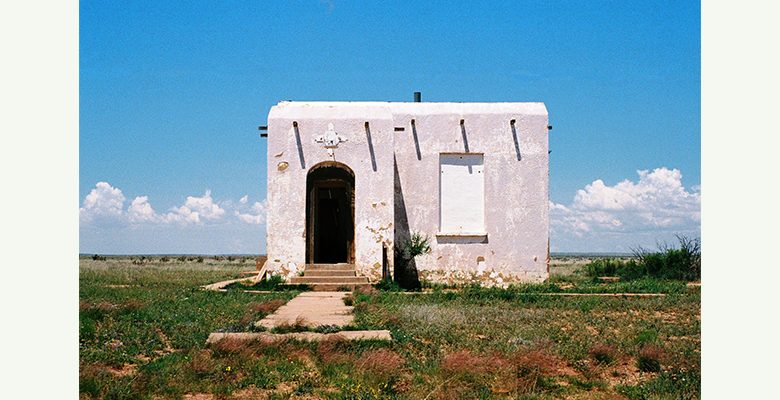 Little Place on the Prairie

The Homestead Act of 1862 was an attempt by the U.S. government to entice citizens to open up the West by offering 160 surveyed acres in exchange for a five-year commitment to reside on the property. Untold numbers of people who couldn’t afford their own farms and ranches or struggled at difficult factory jobs in crowded cities thought that sounded pretty good, and they quickly hitched up their wagons or hopped on a train.

This sometimes isolated and remote land was often accepted sight-unseen by would-be homesteaders and, while many did find fields fertile for farming, others did not. Some then tried to eke out a living as best they could; others got right back on the next train heading in the direction from which they’d just come. While the history of Dunlap, New Mexico doesn’t go back quite as far as 1862, it’s in the homesteading spirit that those who settled here came to find themselves in this sparsely populated part of the eastern plains. 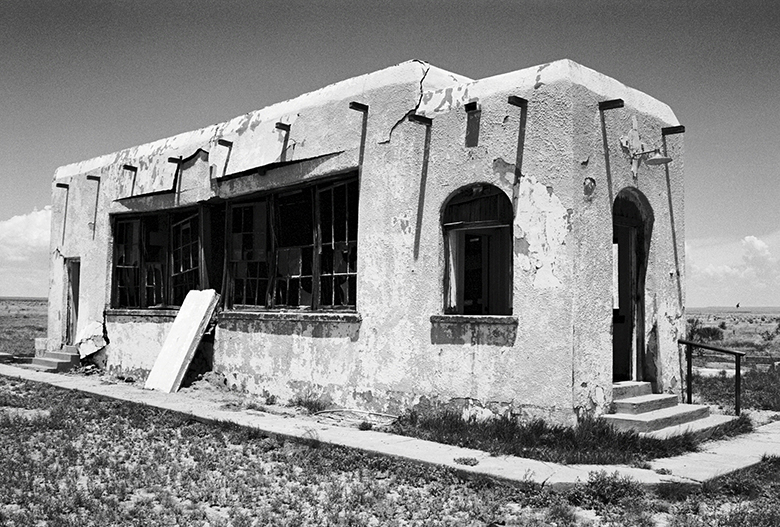 It was W.O. Dunlap who founded the town in De Baca County, about 35 miles southwest of Fort Sumner, and gave it its name. He scouted parcels for incoming homesteaders and a community developed. In 1907, a post office opened. However, as the years passed, many in Dunlap began to find it harder and harder to survive off this land, and most eventually left. Most that is, but not all. In fact, Dunlap persists as a small, close-knit rural community to this day.

The post office closed in 1961, possibly taking the general store with it. Now no evidence of either remains. And, really, it’s the lone building they once stood next to, the Dunlap Community Church and School, which was for many years the heart of this area. Worship, academic instruction, community discussions, and just plain-old get-togethers all happened in this little place on the prairie. 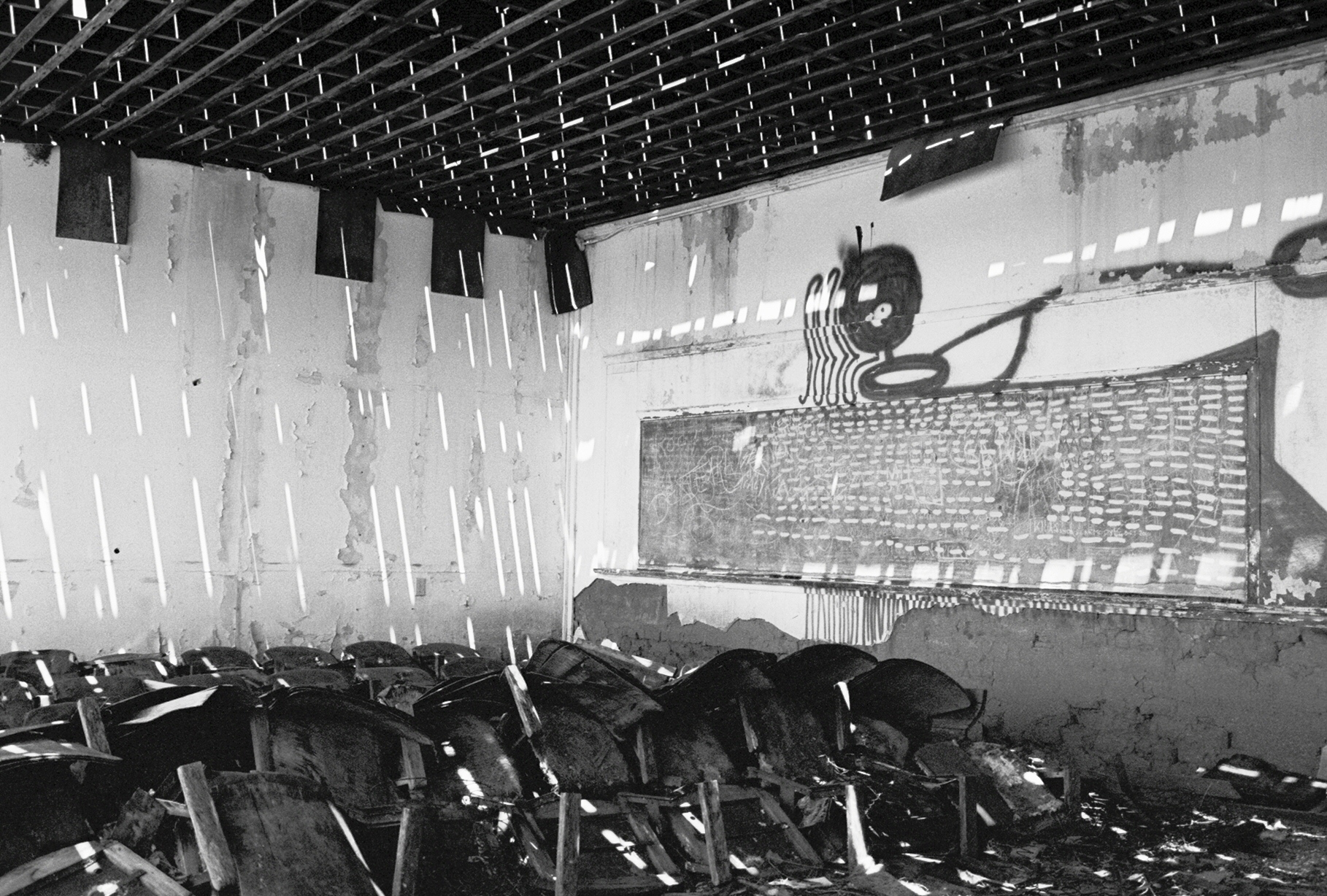 There’s little documentation of Dunlap that I can find, and perhaps the best look back has come from a couple people who grew up there and shared their memories on the City of Dust Facebook page. I hope they won’t mind my including their words here and might even approve of this brief history of a place of which they clearly remain quite fond.

“Our ranch was the closest to the school. Once one of the teachers lived in our bunkhouse. Miss McCoy, I believe. My mother played the piano for all the plays and programs! No one’s mentioned the dances! Hot times Dunlap!

“My family and our friends share a long memory of a uniquely close life in an isolated area but the memories of those times do not fade at all in my heart.” SS

“My family homesteaded and ranched in this area, and my grandmother, her brother, and my dad all attended school here. Dunlap was the hub of the ranching community. Dances and other social events were held in that building. It was a school, church, and community gathering place. There was also a post office and general store there.

“My grandmother used to ride her horse–or drive a horse and buggy–to the school. My dad, his cousins, and several friends all attended school there until they completed 8th grade, when they transferred to different high schools. My dad’s last year there was around 1955. I last attended a church service there in the early 1980’s, right before I left for college.” JDW 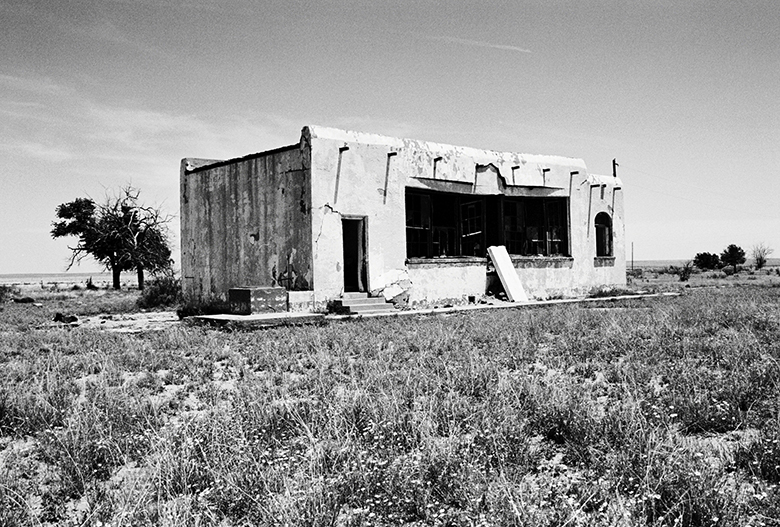 Some wonderful photos from 20 years ago, when the Dunlap Community Church and School was in much better condition (and still had the piano!), can be found at AT&SF in Roswell. I highly recommend taking a look. And I’m not just saying that because City of Dust gets a mention!

Thanks very much to JDW and SS for providing the kind of remembrances you can’t find through Google. If anybody else would like to leave recollections, please do so. Additional info for this post came from Robert Julyan’s trusty “The Place Names of New Mexico.” You can find a synopsis of a 1996 interview with W.O. Dunlap’s grandson, Ralph, HERE. Finally, I should mention that the land on which the Dunlap Church and School sits is privately owned. Feel free to contact me if you would like further information. 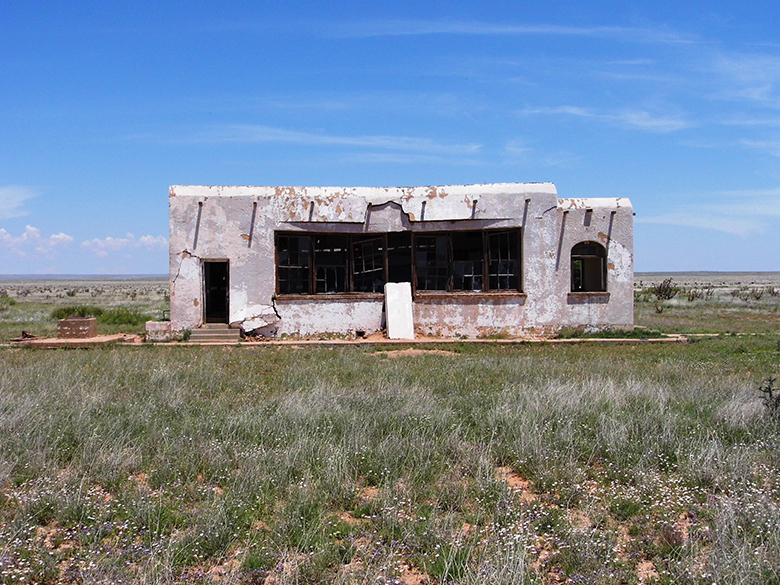