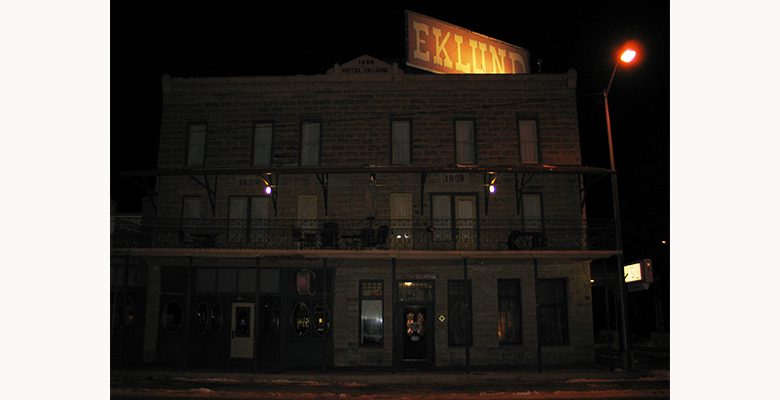 When Your Rope’s Too Long

Clayton, New Mexico is a little bit out of the way. You’re probably not going to just suddenly stumble into it. Unless you’re going to visit the barren place where New Mexico, Oklahoma, and Texas all meet, in which case, sure, maybe you will happen across it.

Despite its location, Clayton is famous for several things. There are lots of dinosaur footprints nearby. And a volcano, too. The lovely Eklund Hotel is there, established in 1892 and once the finest railroad hotel between Fort Worth and Denver. There are even two bullet holes still visible in the tin ceiling of the old saloon. That’s maybe not as impressive once you know that the shots were fired by excited supporters of President Warren G. Harding upon his election in 1920. Hey, no injuries were reported. But Clayton was also the site of what is widely agreed upon to be the most botched hanging in the West, that of Thomas Edward “Black Jack” Ketchum. I looked into it all on the frozen, windswept weekend before Thanksgiving while based at the Eklund. 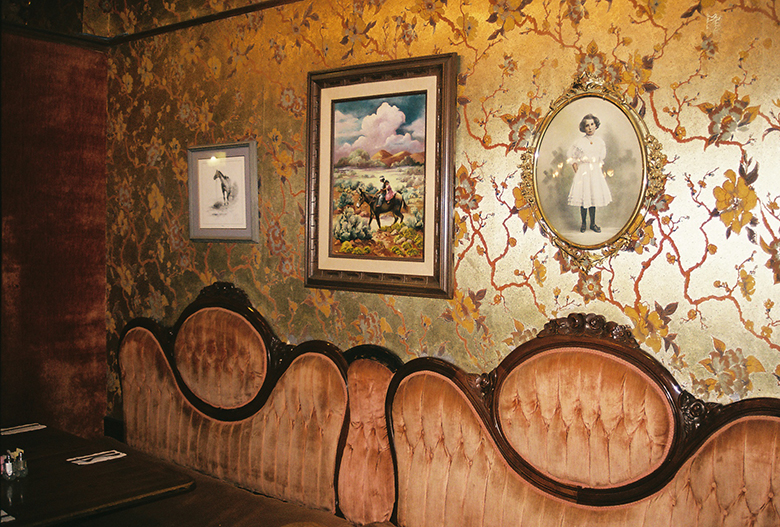 (Above are the old headboards off the beds in the Eklund re-used as seat backs in the dining room.)

Black Jack was born in Texas and began leaving a trail of alleged crime in 1890, at age 27, right around the time he came to New Mexico. Possibly a soured love affair drove him off the rails. 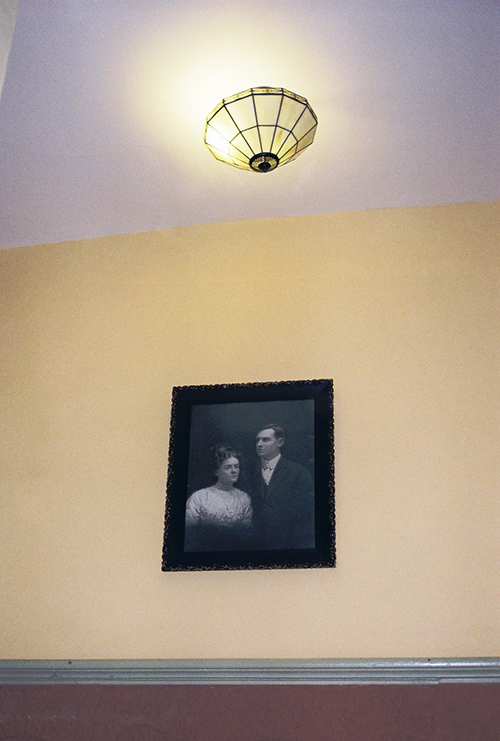 If so, crime must have already been in his genes because his older brother, Sam, left his wife and family to become an outlaw, as well. I say Black Jack’s crimes were “alleged,” because, while he was connected to many robberies and dark occurrences over the years, including the famous disappearance of politician Albert Jennings Fountain and his young son, Henry, near Las Cruces, he was never convicted of anything until being sentenced to death for attempting to rob a train. This was also unusual as no one else in American history was ever executed for train robbery alone.

Eventually Black Jack and his brother joined the dapper and charming Hole in the Wall Gang in the north-central part of the state, sometimes making a living ranching and, at other times, jockeying for position with Butch Cassidy’s other crew, the Wild Bunch.

On September 3, 1897, the Hole in the Wall Gang robbed a train between Folsom and Des Moines, NM. They did so again on July 11, 1899, but Black Jack did not participate in the second effort. After the second robbery, a gunfight ensued near Cimarron and Sam was badly wounded. A second shoot out occurred a few days later and a sheriff and deputy were killed. Sam was finally caught but died a short time later of his injuries in the Santa Fe Territorial Prison. 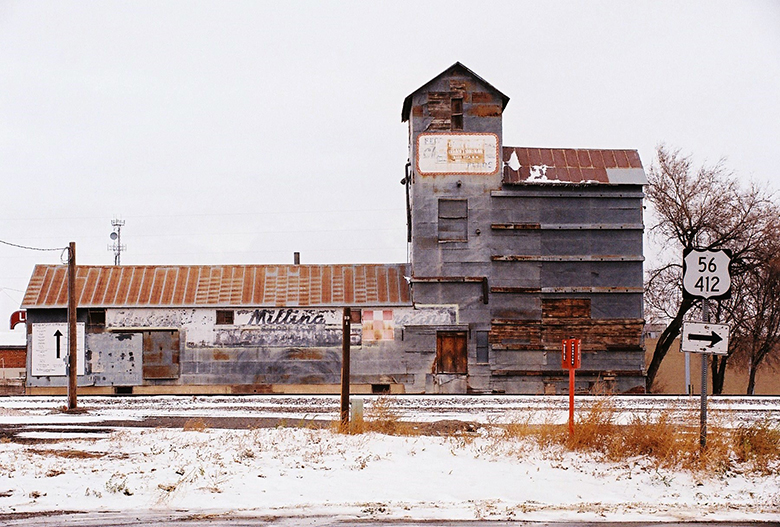 On August 16, 1899, Black Jack attempted to single-handedly rob the same train, unaware that his brother was recently dead from a similar idea. Black Jack boarded the engine, but mistakenly forced it to stop on a sharp turn where the cars with the loot could not be uncoupled. Meanwhile, the conductor, Frank Harrington, was getting sick of being robbed. He crept through the cars and shot at Black Jack, who returned fire. Black Jack missed; Harrington nearly severed Black Jack’s arm at the elbow. Black Jack fell off the train but was unable to get back on his horse.

The train quickly got moving again, leaving Black Jack to lie out all night until “help” arrived in the form of another train. He raised his gun as the conductor and brakeman approached him. They offered to shoot him right then if he wanted a fight, but he replied, “No boys, I am all done. Take me in.” His arm was amputated in Trinidad, Colorado and then, restored to relative health, he was sent back to Clayton for trial. Convicted of “felonious assault upon a railway train,” Black Jack became the only person sentenced to death under the law, which was later overturned by the Supreme Court as carrying too severe a sentence.

Now, Clayton had never seen a hanging before and they weren’t quite sure what to do, besides sell tickets and tiny Black Jack dolls hanging from miniature gallows. The execution was delayed several times, but rumors of a plan to break Black Jack out of jail got a date finalized.

On April 26, 1901, after a further delay of several hours for continued fine-tuning of the gallows, Black Jack stood on the scaffold and these words are often said to have been his last: “I’ll be in hell before you start breakfast, boys! Let her rip!” However, they’re probably apocryphal; he was executed around 1 p.m., closer to lunchtime anyway. The San Francisco Chronicle reported that Black Jack was somewhat more subdued, his legs trembling, saying only: “Good-by. Please dig my grave very deep. All right; hurry up.” Still other accounts have simply, “Hurry up boys, get this over with.” 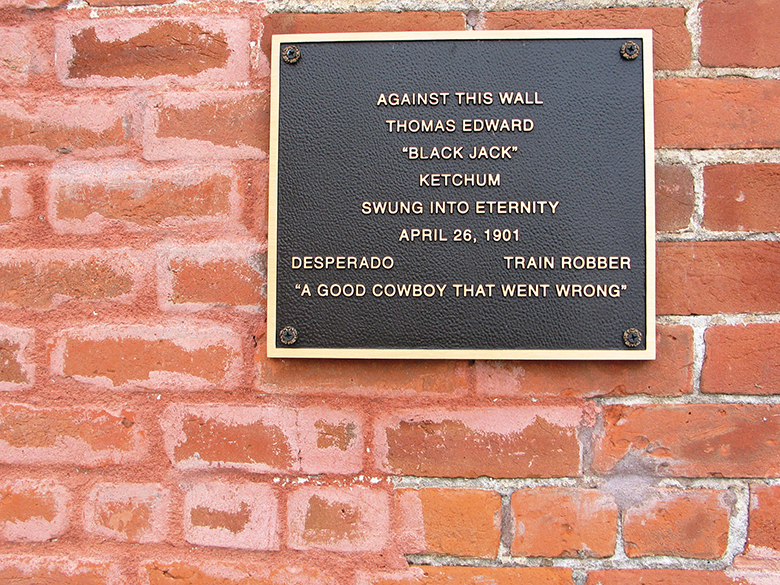 Whatever he said, Black Jack clearly wanted it all over with fast. The sheriff needed two swings of the hatchet to cut the rope, but the trap finally fell open and Black Jack dropped. However, the rope was too long and, possibly due to over-testing with a 200-pound sandbag, no longer had any elasticity. Thus, Black Jack was instantly 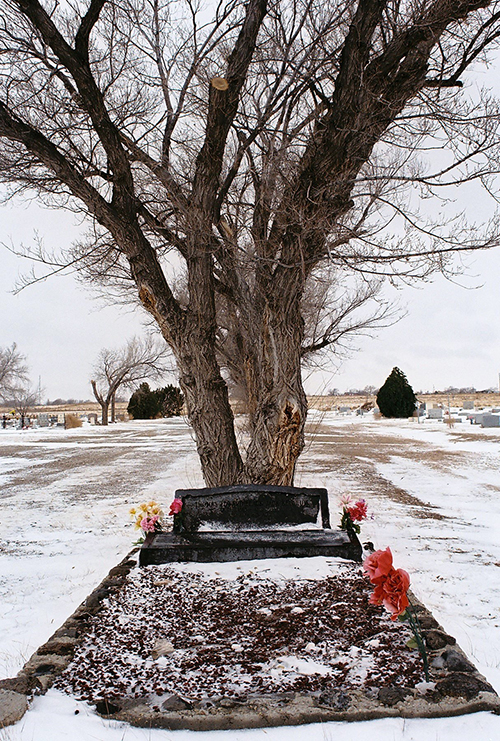 decapitated, one of only three such occurrences over a few hundred years of recorded judicial hangings in the U.S. and Europe.

Photos exist of the gruesome aftermath, the separated head still contained in the black hood and lying in front of the one-armed corpse. The Chronicle noted that the heart clearly continued beating for awhile. Then, in another strange twist, Black Jack’s head was sewn back on his body before burial at 2:30 p.m. that day in Clayton’s Boothill. One wonders how much effort they put into the job. No one was ever executed in all of Union County again.

Black Jack’s grave was moved from the original Boothill to the current Clayton Cemetery in the 1930’s. In the end, he got Shakespeare for an epitaph and still gets flowers over 100 years after his death. We should all be so lucky.

“And How His Audit Stands, Who Knows Save Heaven.” 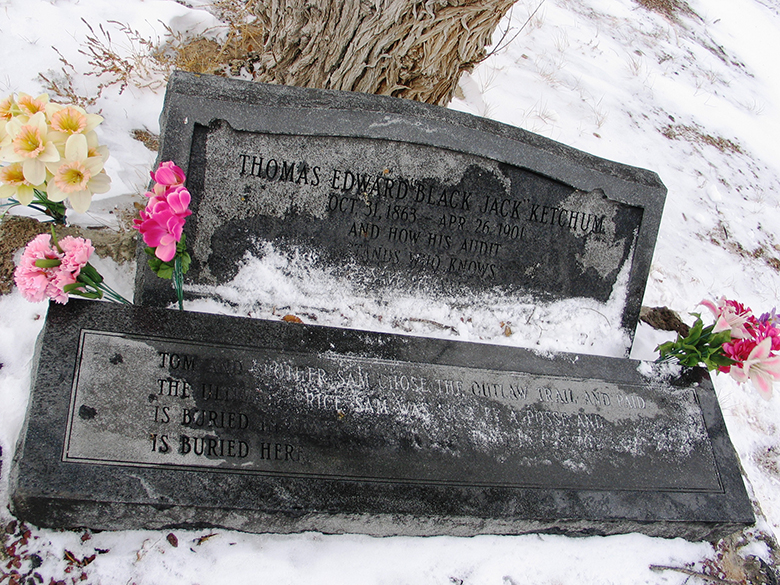 The story of Thomas “Black Jack” Ketchum is widespread on the internet, although inaccuracies abound. Legends of America does a nice job and Allflictor.com reprints the San Francisco Chronicle article. Wikipedia isn’t bad either. Perhaps the oddest piece is at badhombres.com, where Black Jack’s great, great nephew provides history and insight found nowhere else. Whether it’s all true is anyone’s guess.