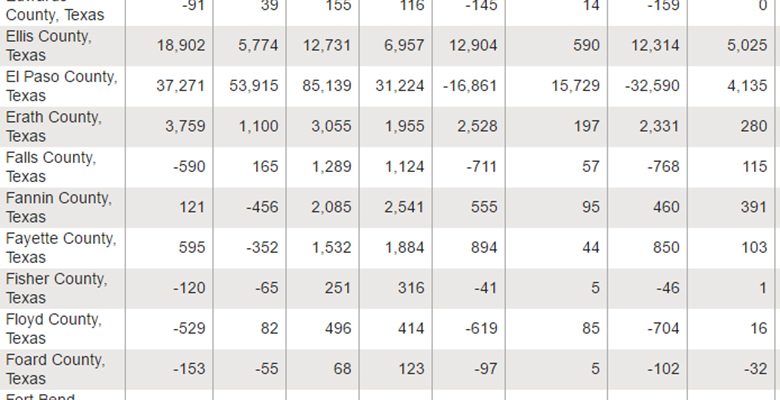 I’m all for El Paso not getting any bigger but I don’t think we should have to pay more in taxes to live in a community with fewer jobs and a dwindling population. If I want amenities I’ll join a country club.

They pitched the ballpark and those QoL bond projects as a cure to El Paso’s brain drain. I guess that’s great for the trust funders, but real people need jobs, and higher property tax rates don’t attract businesses.

How, do you reckon, the President’s new policies are going to affect El Paso’s international migration? Will next year be the year when El Paso’s population actually declines?

There’s a disconnect between what our politicians promised us and what’s happening, which makes me think maybe they were bullshitting us the whole time. If they really meant what they said, why not re-calibrate, to work towards the results they said they were shooting for?

Woe are we, chuquenses. Woe are we.