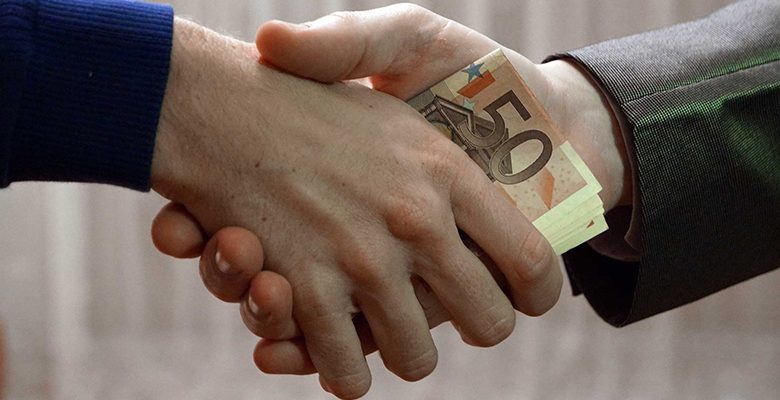 Those nice guys at The Forma Group lent almost $7,000 to their client Debbie Torres for her District 6 runoff campaign against Claudia Lizette Rodriguez.

The loan came to light after Ms. Torres submitted her 8 Day Campaign Finance Report without accounting for some printed election materials.

Torres said they’d been expensed by the campaign and she’d review what’s online.

“They’ll be in the final report,” she said.

Peculiarly, neither Ms. Torres nor her friends at Forma mentioned it on her Campaign Finance Report until Mr. Montes brought it up. Maybe the Forma Group are some of those anonymous benefactors you read about in fairy tales.

Let’s pretend that you’re someone who wants to contribute to a candidate’s campaign but doesn’t want your name to show up on a campaign finance report. Or maybe you just want to donate pretax dollars. You could, theoretically, just hire Forma as your lobbyist, and give them money to funnel into a campaign. Then they could, maybe, print flyers and walk pieces for the campaign, and expense them back their anonymous client.

Lobbyists are prohibited from contributing to campaigns. So I sure hope Ms. Torres pays back that loan that TFG made to her. Otherwise it might look bad. I mean worse.

Do you know who else hired Forma to help him with his campaign?

Speaking of which, Commissioner Perez’ wife, former City Representative Claudia Ordaz Perez has had some ethics complaints filed against her in her State Representative campaign.

From the El Paso Times, via MSN.com:

Moore alleges Ordaz Perez violated a section of the city’s ethics code that requires active city representatives to provide a notation on City Council agendas within 30 days if they receive political contributions of $500 or more.

Now what do you suppose that section of the city’s ethics code is all about? Don’t you think that maybe it’s so the voters know who is buying their elected representative’s vote?

From another report from MSN.com:

Frank Garza, the city’s outside counsel, dismissed the ethics complaints against Ordaz Perez claiming the code applies to candidates for elected offices at the city level.

“Because respondent (Ordaz Perez) was not a candidate for elected office of the city of El Paso at the time she received the contributions described in your complaints, she was not obligated to comply with 2.92.110 of the city code,” Garza wrote.

So I guess the city’s outside counsel, Mr. Frank J. Garza, decided it’s okay to sell your vote on City Council if you’re not seeking another term on City Council.

Curious, because that’s not in the city’s Ethics Code.

Here’s the relevant section of the city’s Ethics Code:

Huh, no mention of the office sought. Curious.

Man, those ethics codes are a prickly nuisance. Thank goodness for loopholes and outside counsel.