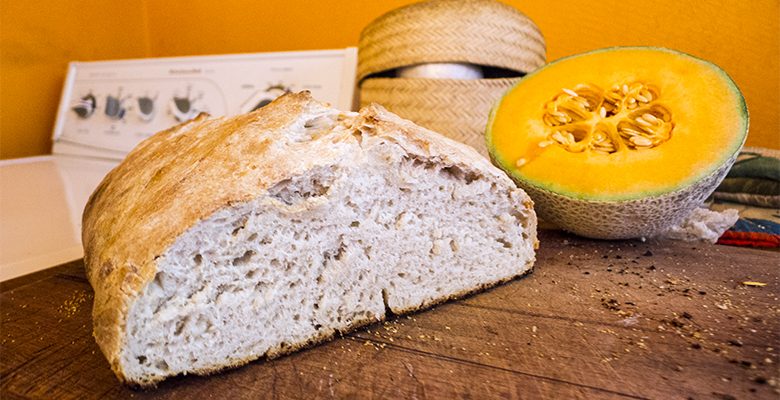 I’m at the part of the bread-making process where a lump of dough sits in my oven. Inside the mass of dough, the yeast is growing. The yeast is converting flour to gluten, that lets the bread dough stretch before it bakes and holds the bread together afterwards, and carbon dioxide, which makes the bread airy. Gluten is the difference between bread and cake.

Not the active part of gardening, where I get mud on my knees and cast a shadow across the flowerbed. Right now I’m doing the passive part of gardening, where I let the plants take root, and leaf, and bud. The best thing I can do for my garden right now is water it occasionally, and maybe throw some of the worm castings on the plants when I separate the worms from their product.

El Paso is growing downtown. Downtown is a dynamic place. New hotels are springing up all over. The Housing Authority of the City of El Paso is converting the Blue Flame Building into apartments. The other apartments in downtown El Paso are filling up. The City has poured millions of dollars into the city center. The Plaza Theatre. The Union Plaza improvements. The ballpark. Our new City Halls. The Paseo de Las Luces. Even the Convention Center was put forth as a stimulus for downtown development.

And now we’re getting results, as illustrated by this op-ed in the El Paso Times by former City Council representative Steve Ortega:

Over the past 10 years, the aspiration of Downtown revitalization has become realized. Gone are the days when Downtown transformed into a ghost town after 5 p.m. Today, Downtown El Paso is a valued destination for locals and tourists alike.

The next step in Downtown’s evolution will require greater efforts to offer a variety of first-class housing options for all income levels in our Downtown. Efforts to mitigate bridge cross times must continue as much of Downtown’s economic health and cultural vibrancy is linked to our neighbors from Juárez. Infrastructure along Texas Avenue and Alameda Avenue, transportation and otherwise, need to be buttressed so as to spur investment between Downtown El Paso and the emerging medical center area as these two employment nodes continue to evolve.

Note that even Mr. Ortega, an ardent cheerleader for downtown development, won’t go so far as to claim that we need an arena downtown to foster more development. Because he can’t. Arenas don’t lead to economic development.

If, by some enormous suspension of belief, or conscious denial of the common wisdom, you can convince yourself that a downtown arena is a boon to economic development, contrary to the bulk of available evidence, you’d have a hard time justifying its immediate construction. If we have to build an arena, let’s build it later, when we can afford it.

Everything takes time to grow. Nothing is born fully developed. The haste to build the arena downtown is suspicious.

If we were to do a Strength Weakness Opportunities Threats analysis (what MBAs call SWOT) of El Paso, the glaring fact that would emerge is that we have the highest property tax rates in Texas and probably the United States. That feature would fall into the Threat category.

People aren’t going to retire to El Paso to have their nest eggs eroded by taxes. Any competent CFO includes tax analysis into their considerations for company relocation. In those respects, we’re in a hole.

And when you’re in a hole, stop digging.

El Paso needs to stop spending money unnecessarily. And the biggest waste we’re confronting as a community is that stupid downtown arena. Thank god those lawsuits have given us a little time to catch our breath, and consider the impact that proposed development will have.

The only way to stop taxes from going up is to stop spending money. And we can easily postpone that useless arena until we can afford it.