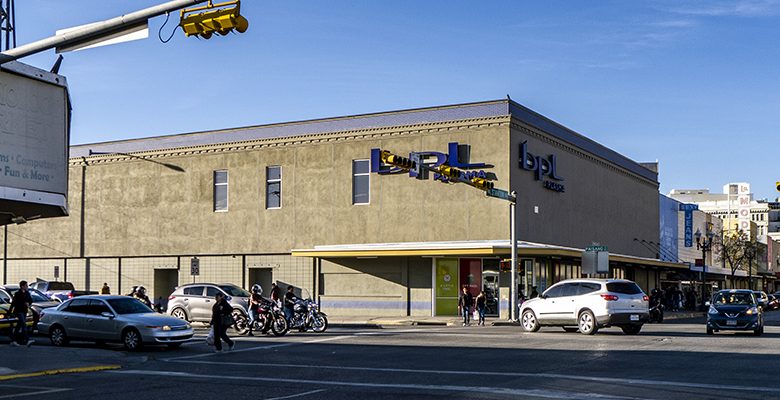 Now in our “vibrant downtown!”

Blood has become big business in the United States and there is no shortage of corporations ready to exploit America’s most vulnerable populations in order to get a piece of the pie.

For much of the world, donating blood is purely an act of solidarity; a civic duty that the healthy perform to aid others in need. The idea of being paid for such an action would be considered bizarre. But in the United States, it is big business. Indeed, in today’s wretched economy, where around 130 million Americans admit an inability to pay for basic needs like food, housing or healthcare, buying and selling blood is of the few booming industries America has left.

The number of collection centers in the United States has more than doubled since 2005 and blood now makes up well over 2 percent of total U.S. exports by value. To put that in perspective, Americans’ blood is now worth more than all exported corn or soy products that cover vast areas of the country’s heartland. The U.S. supplies fully 70 percent of the world’s plasma, mainly because most other countries have banned the practice on ethical and medical grounds. Exports increased by over 13 percent, to $28.6 billion, between 2016 and 2017, and the plasma market is projected to “grow radiantly,” according to one industry report. The majority goes to wealthy European countries; Germany, for example, buys 15 percent of all U.S. blood exports. China and Japan are also key customers.

But the exploitation of humans has reached new levels in clinics on the U.S.-Mexico border. Every week, thousands of Mexicans enter the U.S. on temporary visas to sell their blood to for-profit pharmaceutical corporations. The practice is banned on health grounds in Mexico but is completely legal north of the border. According to ProPublica, there are at least 43 blood donation centers along the border that prey primarily on Mexican nationals in a legally ambiguous practice.

If you start now, you might have enough money to make your first property tax installment at the end of January.