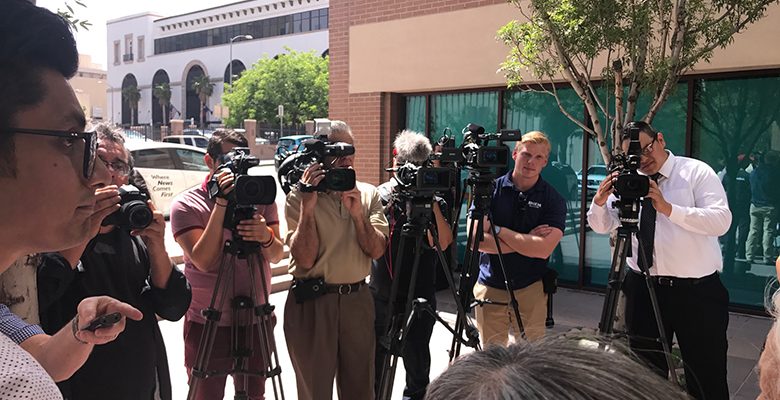 2,452 El Pasoans cannot all be wrong! That is the number of citizens who signed our petition to establish a H-overlay historic district in Duranguito, El Paso’s oldest residential neighborhood. The text of the petition was personally drafted by the leader of our legal team, Frank Ainsa, Jr., who specializes in real estate law (No, Ms. Firth, you will not find any errors). 22 volunteers worked tirelessly to satisfy all the petition requirements outlined by Section 3.11 of the City Charter. The volunteers of Paso del Sur deserve most of the credit for the success of this effort, as they gathered more than 80% of all the signatures; and one of their volunteers single-handedly gathered 636! 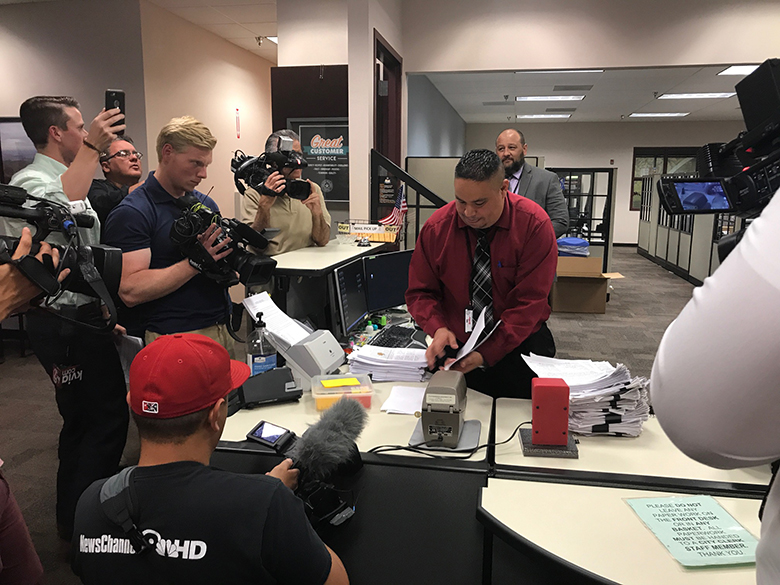 All the major local media, with the exception of one newspaper, covered the submission of the petition to the City Clerk and the press conference which followed . We guess the El Paso Times forgot the address of their former headquarters! It has become clear to us that the Times, as of late, is deliberately minimizing the reporting on this critical issue while their competitors are keeping the sports arena controversy front and center. Apparently the return of “Fluffy” the comedian to the Haskins center, our other arena, deserves more attention…

Here is one critical fact that has not yet been reported by anyone. More than 75% of all eligible El Pasoans we solicited for signatures signed the petition. In some precincts that number approached 90%. It is fair to state that we conducted a very comprehensive “poll” of El Pasoans on the arena issue and the verdict is out: the City Council is among a minority of El Pasoans who support dispossession, expropriation and mass demolition. Our representatives will continue to proclaim that 73% of El Pasoans supported the Quality of Life Bond, which was obviously designed to mislead us, and that multiple studies identified Union Plaza as the best arena location when, in fact, only the two oldest studies did (and one was drafted by local investors). Whatever they say and however many useless public information meetings they host, the fact is that under 20% of El Pasoans support what they are doing. Our municipal government is tyrannically imposing its will upon the people who pay their salaries.

The City Council and its attorneys are well aware of the danger of spending bond money on a sports arena that was not approved by the voters. Why else would they file a declaratory judgment action in Austin in order to validate the bond language in an attempt to prevent legal challenges? We look forward to challenging the City and presenting our arguments in court.

Amazingly, our City has chosen the most expensive and burdensome option among all the possibilities for the sports arena location. In addition to the $180 million price tag for the project, there are the $20 million earmarked for the acquisition of private property (which would not have to be spent if the City used its own property), the $1 million+ for “relocating” the residents of the barrio, the millions more in sacrificed infrastructure that was paid for through a federal “Living Cities” grant, the destruction of critically important historic building stock and archeological remains dating back to the origins of El Paso, the moneys spent for useless PR and–on top of all that–there is now the expense of litigation, which could cost millions more. The City has hired an entire team of attorneys from Norton Rose Fulbright, which is a hugely expensive legal firm. The question is why? Very soon, we will all discover the true reasons why our City Council representatives have chosen to litigate against their own constituents.

Have a great day.