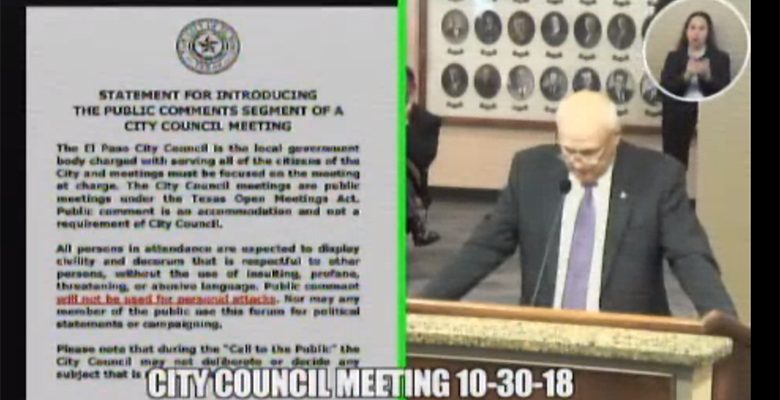 A civilian representative of the United States Army threatened to close Fort Bliss if the $100+ million swindle that will bring a Great Wolf Lodge to El Paso is not approved.

Tom Thomas, the Civilian Aide to the Secretary of the Army for West Texas, said, at the El Paso City Council meeting on October 30, (at approximately one hour and fifty-eight minutes into the video of the meeting) that if the Great Wolf Lodge were to come to El Paso, and there were another round of Base Realignment and Closures, “Fort Bliss would be a gainer, and never be closed.”

Eric Fanning is the current Secretary of the Army.

Mr. Thomas saying the Army won’t close Fort Bliss if the City approves the Great Wolf Lodge is like me telling my six-year-old son that he won’t get a spanking if he stops tormenting his little brother.

Mr. Thomas is tight with the local swindle facilitators whose stage name is the El Paso Chamber of Commerce.

The post that would become Fort Bliss was established in 1849 specifically to protect the border established by the Mexican American War of 1846-48.

The United States might close Fort Bliss if Mexico becomes the 51st state. Unless (until) that happens, I think the base is pretty safe.

But now Tom Thomas, the Civilian Aide to the Secretary of the Army for West Texas, is threatening to close Fort Bliss if the Great Wolf Lodge Swindle is not approved.

I wonder if he exceeded his mandate.