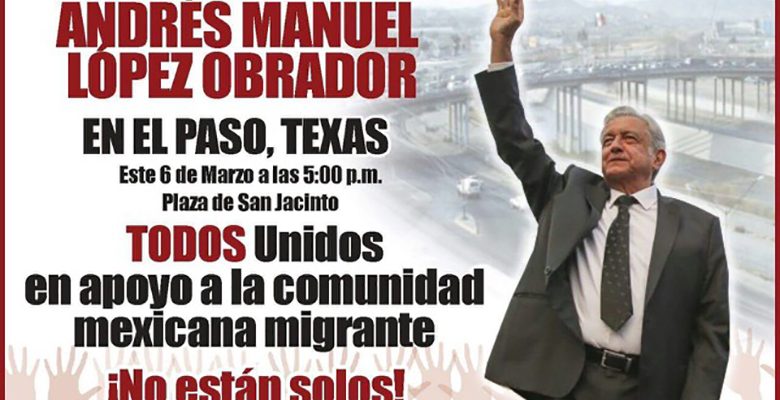 [López Obrador’s] visit, scheduled for March 6 at San Jacinto Plaza in Downtown, is part of a tour of major U.S. cities that began Feb. 12 in Los Angeles, according to officials with the party, known in Mexico as MORENA. He is seeking to raise awareness about immigrants’ rights.

Although López Obrador’s visit could be viewed as preparing for next year’s presidential elections in Mexico, MORENA’s delegate in Chihuahua, Juan Carlos Loera de la Rosa, said the U.S. tour was prompted by the current anti-immigrant rhetoric of President Donald Trump.

AMLO lost the 2006 Mexican presidential election to Felipe Calderón by a little more than half a percentage point. He was viewed as a populist firebrand only slightly to the right of Venezuela’s Hugo Chavez. Since that time, he’s lost a bit of his luster, but he’s still a big deal.

Monday would probably be a good time to have the elote concession at San Jacinto Plaza.