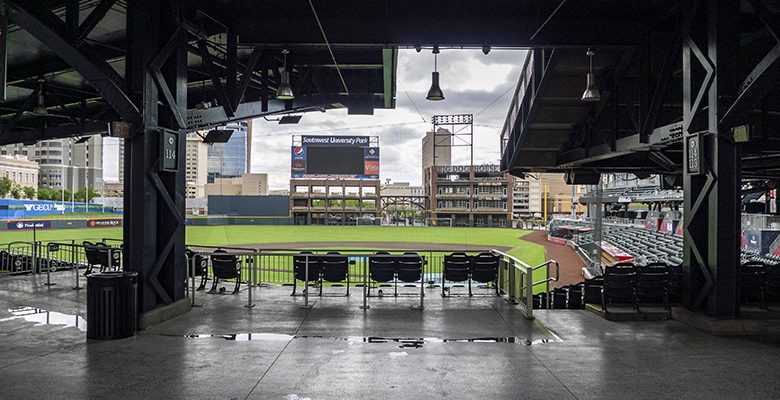 Here’s an impractical solution to the decline in baseball’s popularity, headlined Baseball is Dying. Government Should Take It Over. From NYTimes.com:

Opening day of the Major League Baseball season, which falls on Thursday after being delayed for a week by a labor dispute, is as good an occasion as any for fans of the game to come to terms with certain hard facts. I am talking, of course, about the inevitable future in which professional baseball is nationalized and put under the authority of some large federal entity — the Library of Congress, perhaps, or more romantically, the National Park Service.

Like the Delta blues or Yellowstone National Park, baseball is as indelibly American as it is painfully uncommercial. Left to fend for itself, the game will eventually disappear.

Attendance at games has declined steadily since 2008 and viewership figures are almost hilariously bleak. An ordinary national prime-time M.L.B. broadcast, such as ESPN’s “Sunday Night Baseball,” attracts some 1.5 million pairs of eyes each week, which is to say, roughly the number that are likely to be watching a heavily censored version of “Goodfellas” on a basic cable movie channel in the same time slot.

Even the World Series attracts smaller audiences than the average “Thursday Night Football” broadcast, the dregs of the National Football League’s weekly schedule. In 1975, the World Series had an average of 36 million viewers per game; in 2021, it barely attracted 12 million per game.

In the typical fashion of municipal government, El Paso got it backward.

We let the baseball team take over the government.