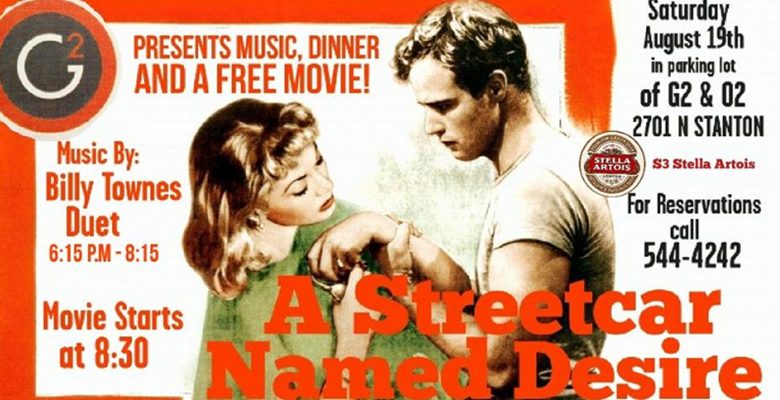 A hundred years ago there used to be an annual event called Movie on the Mountain. Some lunatics would haul a generator and a 16mm projector up the mountain behind Crazy Cat, and they’d shine some classic movie against a signal reflector on the mountain, and later on a sheet strung up between two power poles. I remember the original King Kong, but there were others.

They made them stop, eventually. The Electric Company, I think.

Maybe the Plaza Classic Film Festival developed from that. Maybe Movie on the Mountain only informed it.

But here’s the next iteration of Movie on the Mountain. A Streetcar Named Desire in the parking lot of G2.

Parking in the Glory Road Parking Lot is supposed to be free the first hour, and only $1 an hour after that.