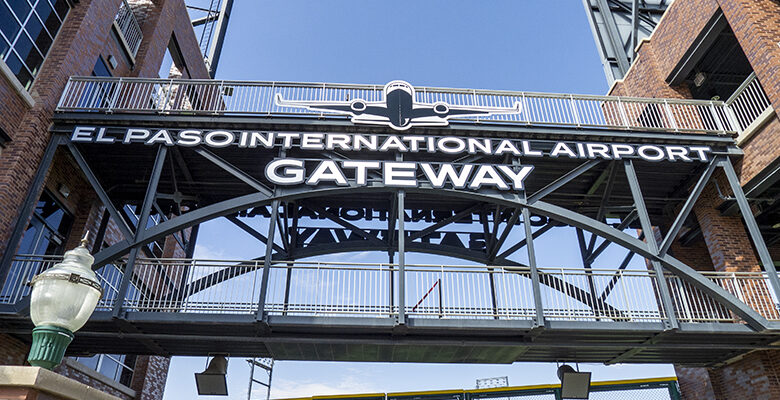 Good news, everybody. The ballpark has a new advertiser.

That should help offset some of the expense that the City has incurred propping up that money pit.

The new advertiser is the El Paso International Airport?

Isn’t that still public money? I mean, the airport is part of the City (as is, I guess you could say, the ballpark). But the airport makes money, from airlines and rental car agencies and parking. And being a landlord for all that extra property it owns, the warehouses and golf course and strip malls.

Couldn’t we have put that money to a little better use than advertising the airport at the ballpark?

Also, while we’re at it, what’s with that “International Airport” bit? Do any international flights take off from or land at the El Paso International airport without landing someplace else in the US of A?

I’m sure the FBOs get more international traffic than the plebeian part of the airport that we all use.