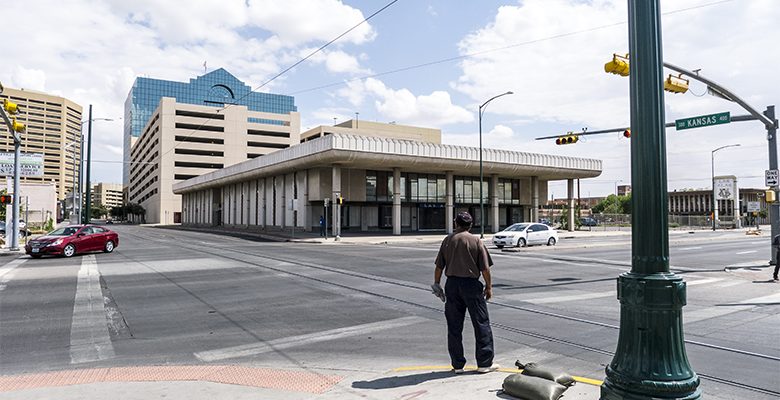 I think the City spends our money poorly.

The City incentivizes sprawl, by giving tax incentives to companies who want to build developments out on the city limits.

I’d just as soon stop the City’s spending all together. But if we can’t do that, I’d rather the City spends our money more wisely.

So instead of putting the Mexican American Cultural Center in the El Paso Municipal Library, I’d rather the City looked into buying the Las Alas Building at the corner of Kansas and Paisano.

As I recall, the building housed, at one time, the American Border Tobacco Company, or something like that. Lately it’s been home to a church. According to the Central Appraisal District’s website, the property enjoys an EX-XI exemption, Youth spiritual, mental, and physical development organizations, so they’re not paying any property taxes on the building.

The owners might be happy to make a deal.

The location is right on the edge of the Segundo Barrio. It’s two blocks from the former Douglas School. It’s on the trolley line! And it has parking.

And look at that building. That building has been waiting its whole life to be a Mexican American Cultural Center.

Of course, it’ll never happen. It makes too much sense.