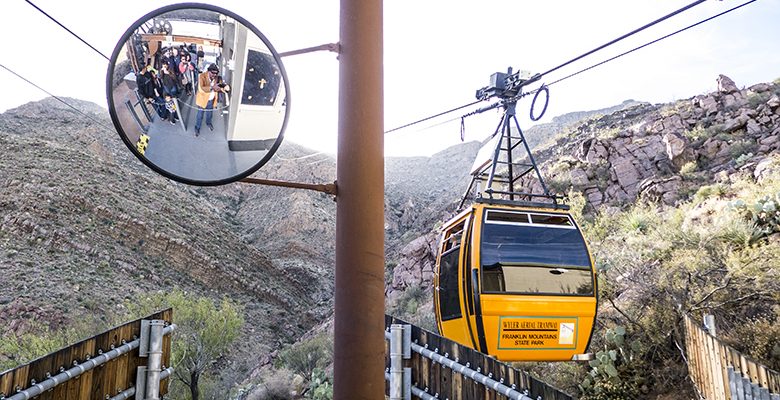 This from the Texas Parks and Wildlife Department:

After nearly six decades in operation, including many years as the only public tram in Texas, the Wyler Aerial Tramway at Franklin Mountains State Park is closed until further notice.

The Texas Parks and Wildlife Department (TPWD), which has operated the tram for the past 19 years, made the decision to suspend operations following an engineering analysis conducted as part of a deferred maintenance project that was planned to begin later this fall. Despite passing annual inspections, the latest analysis concluded the tram has surpassed its life expectancy and is no longer suited for public use. Out of an abundance of caution, TPWD has closed the tramway while it considers its options.

As I’ve said before, the Tramway was a lot cooler than the trolley will be. How long before the trolley’s hours are restricted, first to just weekends, and then shut down all together?