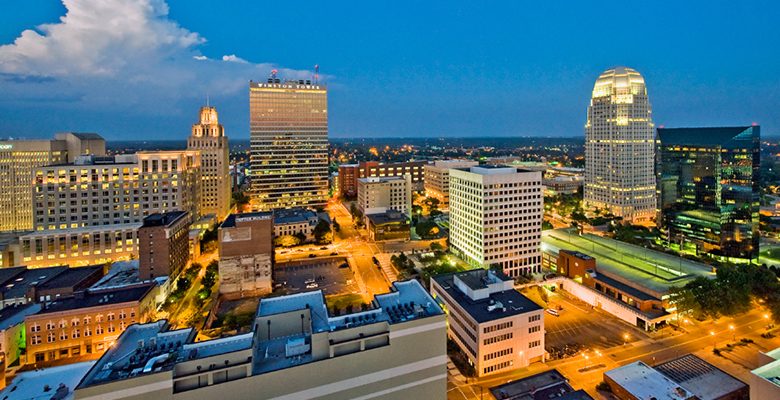 Here’s an article about Winston-Salem from Politico, from a series called What Works. The series is dedicated to exploring the strategies that cities across America have used to create an urban resurgence.

Winston-Salem utilized some of the same strategies that we’re trying, like a medical school and incubator hub, but with some big differences:

Meanwhile, [while the botton was falling out of Winston-Salem’s economy] a bunch of kids just out of high school, and pining for a real urban scene, had been poking around downtown for a place to practice their music. They came across a former meatpacking plant at 3rd and Patterson with a For Sale sign that was literally falling off the front and a ground floor filled with obsolete machinery. They rented the upstairs for $200 a month as a jam space. “It seemed like we were in New York when we were in that loft space, but downtown had hit rock bottom,” recalls John Bryan, who bought the 20,000-square-foot structure with his friends in 1997 for $60,000 to ensure they weren’t evicted. “That was the dream, to bring back downtown, like a new frontier. My mom cried because I wasn’t going to college. ‘Join the military! Get a job with UPS!’ It was crazy.”

“The town leaders really understood that, ‘Oh, we have some young people down there trying to do something, that demographic we’re supposed to attract,’ ” he adds. “This was very much a patriarchy kind of company town, but the patriarchy wasn’t so arrogant as to think they had all the answers just because they had the money. And I think they understand that money happens in a different way now.”

And then there’s this:

“What we said from the outset is that we would never ask the local government for money, and that we would be totally transparent in everything we did so there would be no conflicts,” [Alliance (like the Borderplex Alliance) CEO and Mayor Allen] Joines explains. “What we’ve been trying to be is a catalyst, and we needed some political leadership as well.”

Well, those are the two things we’re missing here in El Paso. Philanthropists that won’t take city money and political leadership. If we can just leap those two hurdles, I think we’ve got a chance.

Read the whole piece at Politico. Real the whole What Works series.